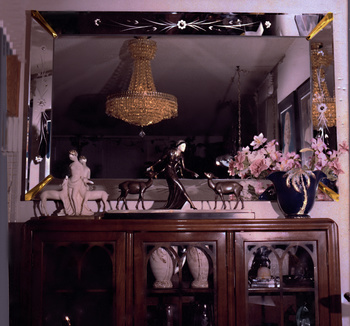 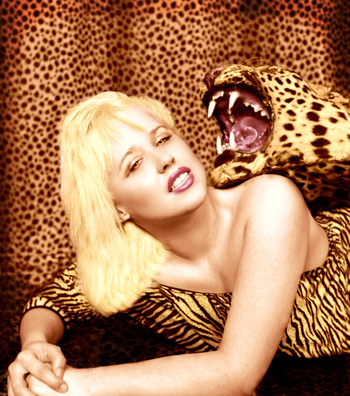 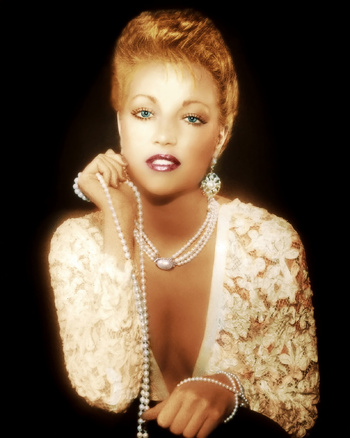 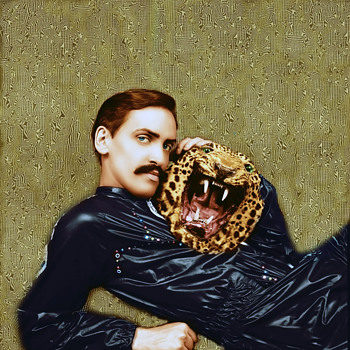 This large mirror now hangs in my kitchen as there is no other place for it. The panels are 5 inches so they are oversize. Hard to photograph the mirror as too many reflections to see the beautiful etched design. I gave away the buffet.

In the 3rd photo is Leanne Thomashott who was among other things the CasKey Fur Model from Regina & Calgary, but then she was off to work in a large cruise ship. She had incredible old European looks and still a breathtaking beauty, I still had the pic after so much time as I destroyed so many of my images in 2000, all those negatives went to the dump.

The mirror is built in such a way that all the backing is all protected by a reverse frame. That was the best thing they ever did, as all these years the front of the mirror is impeccable, no loss of finish the mirror looks to be as new as the day it came out of a factory. The mirror weighs over 50 lbs., easily more like 80-90 lbs.

The model here in #2 pic is Diane Ladd, I was her photographer for a short time, but we grew to be best friends. In my first night in the big city, I was invited to a large party in a penthouse and as I walked in there was a large group of people hovering over someone so I rushed over to see Diane, who was mesmerizing all the people around and I was blessed to talk to the girl. However, she was a treat to have at any parties I had at my home, and she always came. She wore yellow contact lens, when we used leapard skin ,though her eyes were blue. The photos were taken at a studio I used above a hair salon on the strip. The manager of the salon was a woman and it was one of the first pics I had seen in her salon where she was like niagara falls and seemed to be falling all over and on top of Rod Stewart. Quite the intro !~