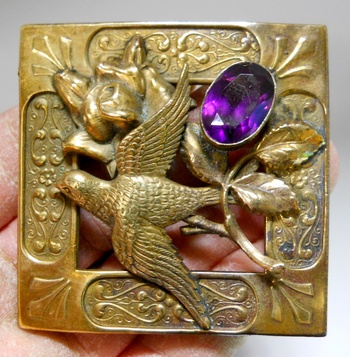 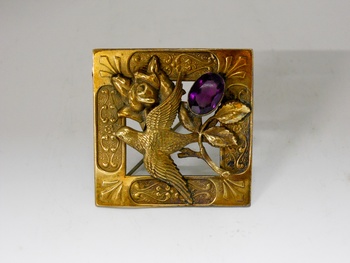 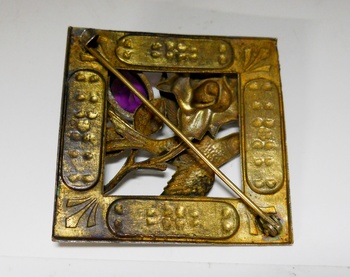 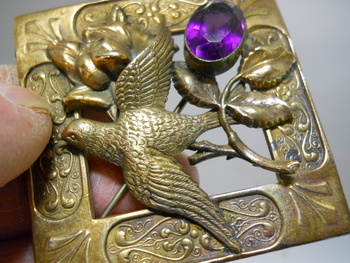 Hello Everyone.
This is my last acquisition from 3 Sash Pin Brooch buy on line, i could say this one is the most spectacular of the 3, on the top right corner a huge Amethyst cut glass crystal, on the left side a beautiful Rose flower in full bloom and last but not least a Swallow tail bird past by flying out the frame.
On the surrounding brooch frame each side as an elaborated decoration, everything fit so nicely together, i can call this brooch " Il bello "
This brooch is 2.25 inches square.

Aestheticism (also the Aesthetic Movement) is an intellectual and art movement supporting the emphasis of aesthetic values more than social-political themes for literature, fine art, music and other arts.This meant that art from this particular movement focused more on being beautiful rather than having a deeper meaning — "art for art's sake". It was particularly prominent in Europe during the 19th century, supported by notable figures such as Walter Pater and Oscar Wilde, but contemporary critics are also associated with the movement, such as Harold Bloom, who has recently argued against projecting social and political ideology onto literary works, which he believes has been a growing problem in humanities departments over the 20th century.

In the 19th century, it was related to other movements such as symbolism or decadence represented in France, or decadentismo represented in Italy, and may be considered the British version of the same style. 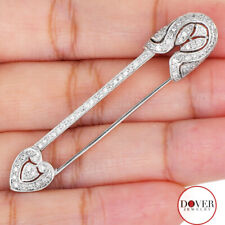 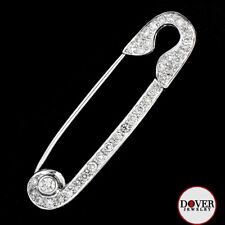 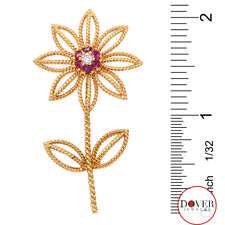 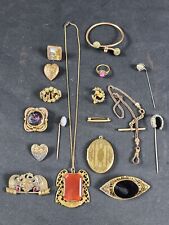