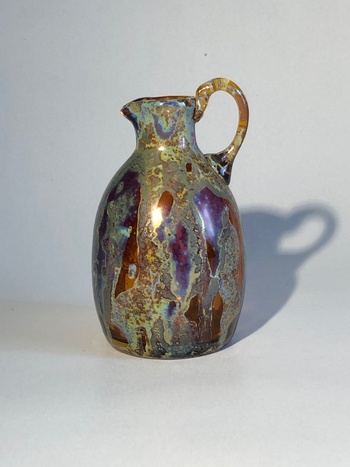 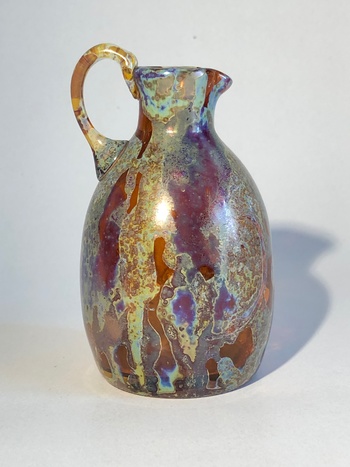 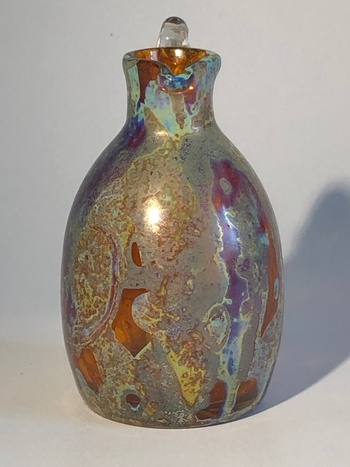 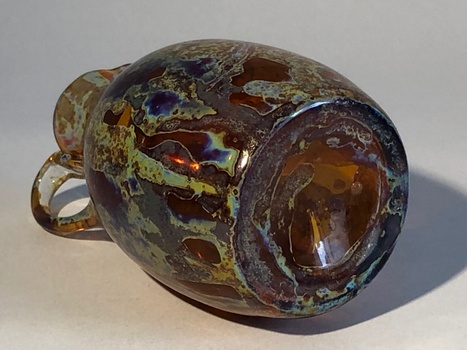 I'm pretty confident this is my first Knizek : )
This a super little pitcher/jug showing classic metallic reduction of enamels in amber with metallic-yellow/green & bronze.
Knizek "Pandoraglas" was patented in 1901 by Maximilian Boudník, a chemist and glass painter. There are similar pieces made at this period by Poschinger and Carl Goldberg, many of which are mistakenly identified as Knizek. (here's a great example of what I thought was Knizek: https://www.collectorsweekly.com/stories/219051-poschinger-reduced-enamel-threaded-vase). Indeed the Tadeusz Wrzesniak Glassworks in Poland produced many pieces in this technique during the 1980s called "Mimosa glas", and again many of these are also mis-identified as Knizek.
As I said, I'm pretty confident that this Knizek, the size alone, suggests that it probably is. Knizek examples are typically fairly small (10 cm on average), so it certainly fits that bill. P.189 Das Böhmische Glas 1700-1950, Band IV, shows a very similar example.
But I welcome any comments or suggestions to the contrary or confirmatory!
Stands approx 4" (9.5cm)