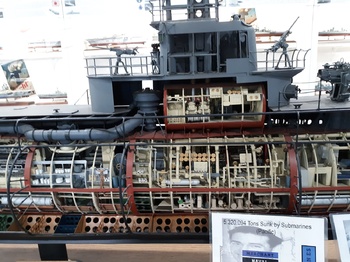 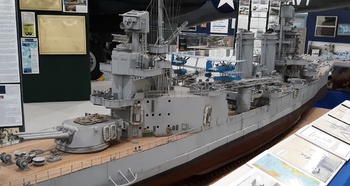 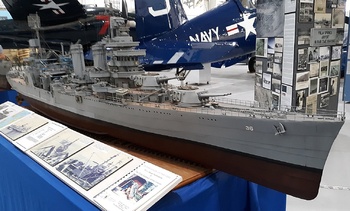 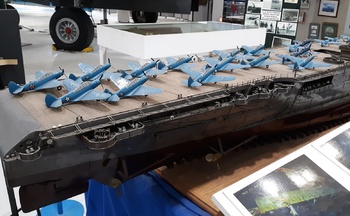 Looks like I should have taken more photos. I could do a post on each of the ship models displayed there. That doesn't count all the smaller scale ships displayed along the wall.
1st is the bridge of the USS Rasher. A Gato class submarine. These were large submarines for the time as they had to travel long distances in the Pacific.
Photos 2 and 3 are the USS Minneapolis (CA-36). A New Orleans class Heavy cruiser. These look like battleships but have much smaller guns. These have nine 8: guns. A heavy cruiser is still considered something worthy of respect. This is pre-war ship completed in 1936.
Last is the Lexington with a deck full of aircraft. Lexington was sunk early in WWII. Of all the carriers built before WWII only the Saratoga and Enterprise survived the war. But they added 24 Essex class carriers which was a lot.