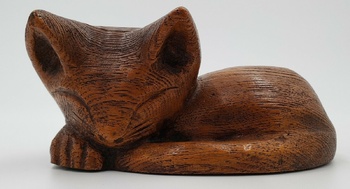 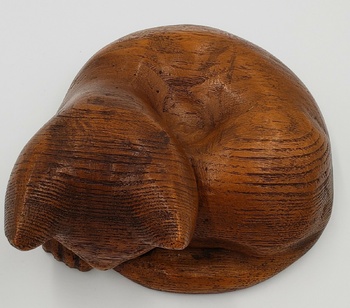 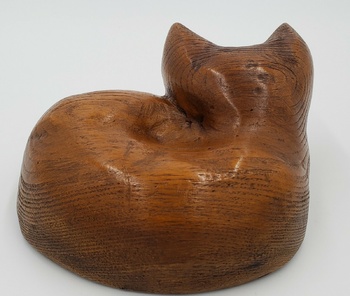 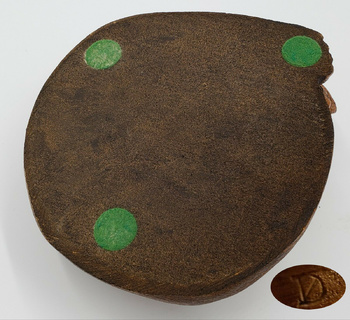 This little wooden cat is about 6" long x 2.5" high. I bought it along with a nice tea set from someone who is selling some things from a friend's grandparents who lived in Japan in the 1960s and 1970s. This was in a box of stuff marked "Japan", so they thought it must be Japanese. Indeed, I later found another one of these also identified as from Japan. It even had the same coating and green pads on the bottom. Not sure if this was a popular item in Japan in the 1960s-1970s, or what. I love cats, though, and this is a nice piece...... No CW "wood carving" category?