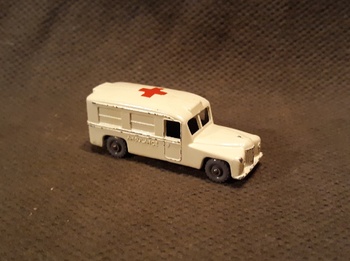 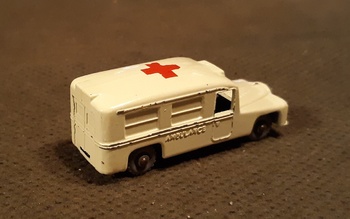 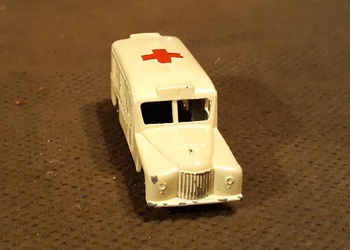 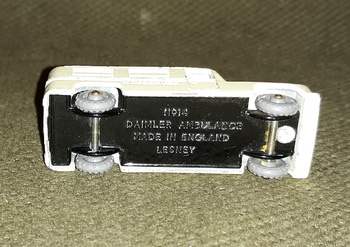 Another grey wheels example from the early days of Matchbox. This is the second MB 14, the first was also a Daimler Ambulance but a bit smaller which is typical of the very early models. The third MB 14 was the similar Bedford Ambulance but that had a detailed interior. This one has no interior, another Tootsietoy-like model but still looks quite nice. Note the embossed "Ambulance" on the sides. The red cross is on top where it is easily seen by those playing with it.
No moving features with this but it is based on a classic vehicle with attractive grill and other styling features. Not like the efficient yet boxy ambulances of today.
Next week a very nice boxed Yesteryear will be here so stay tuned!