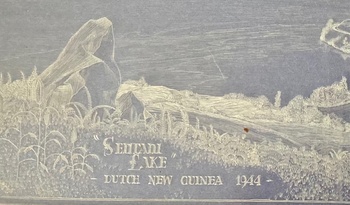 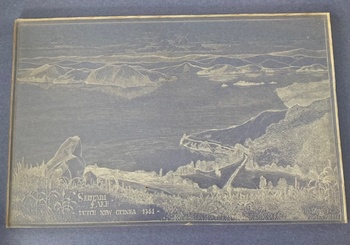 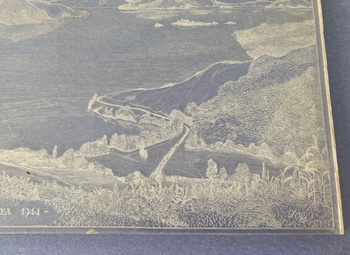 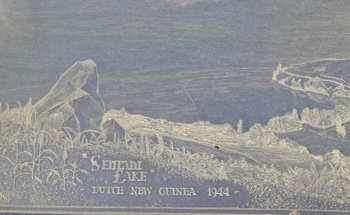 Got this piece within the last month.

I have owned several other pieces of aircraft plexiglass trench art, but they were all utilitarian (photo album covers, picture frames....).

This is the first piece that I have owned that was purely decorative. The piece is about 10" X 6" with the entire surface etched/ cut away with a scene of "Sentani Lake Dutch New Guinea 1944". It appears to have been framed at one point, but I purchased it loose.

The area was the site of a large Japanese Airfield complex. US Forces captured the island and airfield complex in early 1944. It became the Headquarters for General Douglas MacArthur for the rest of the War.