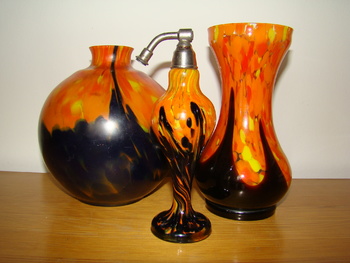 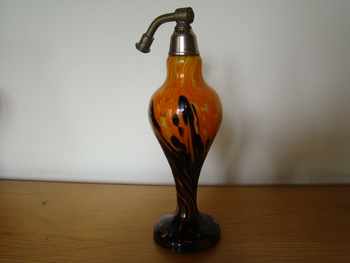 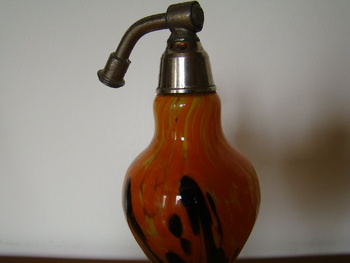 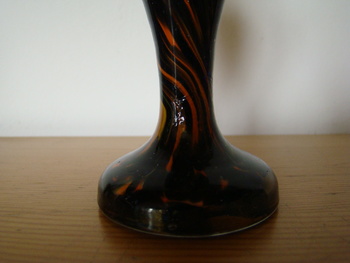 I like the three very much.At the first sight they seem to be children of the same father yet they are different.The ball vase is made of very thick spatter glass of mostly orange,a bit yellow and red pieces with black bottom part,originally made of green.The outer layer is satin.
The other vase was recognised as Kralik some posts earlier.Its dark part is made of burgundy colour,spatter is orange,yellow and red and the pieces don't merge together.
The perfume bottle has orange and yellow spatter and the footis made of dark blue cased with visible thick layer of clear glass.I think this one might be by Ruckl.
The common feature is this pulled dark part.