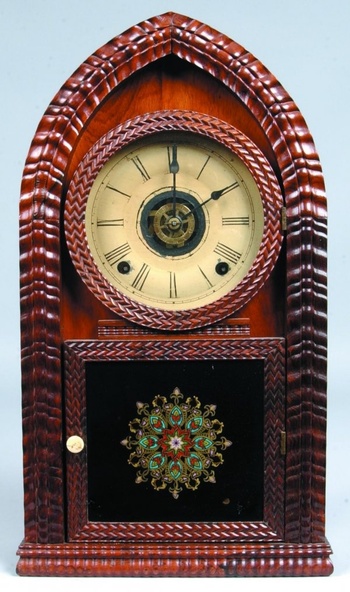 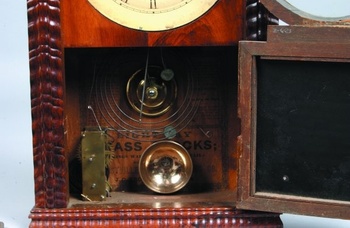 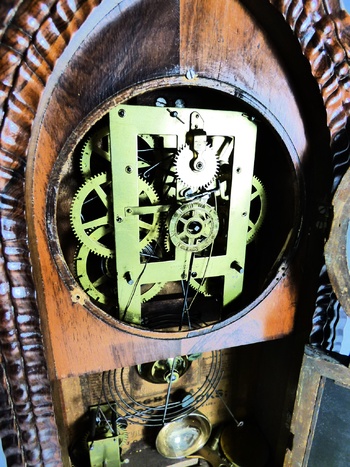 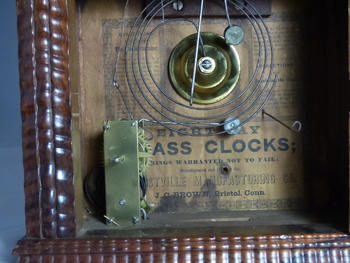 This ripple molded clock by J C Brown was made circa 1850. It was among the first of the “shelf clocks” using coiled steel springs instead of weights. It features an optional spring-powered alarm movement.

The evolution of power storage is literally a driving factor behind many of our applied technologies. Generally speaking, clocks evolved using weights, springs, and various forms of electricity. The use of springs allowed manufacturers to offer much smaller, less expensive clocks to the public.

Because of a factory fire, we don't really know how Brown's company went about carving these distinctive patterns

Brown’s business failed in 1855, and he was bought out by E.N. Welch. The J.C. Brown factory became part of the E.N. Welch clock manufacturing complex. Welch Clocks also eventually failed and was bought out by Sessions. See this Collectors Weekly link for more details: https://www.collectorsweekly.com/clocks/sessions.