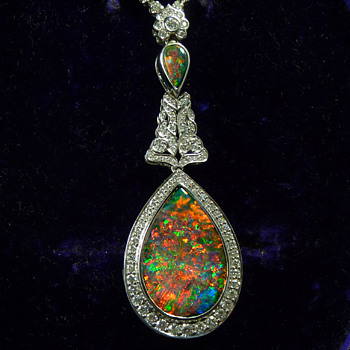 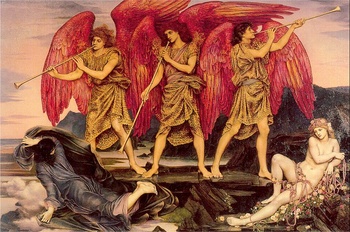 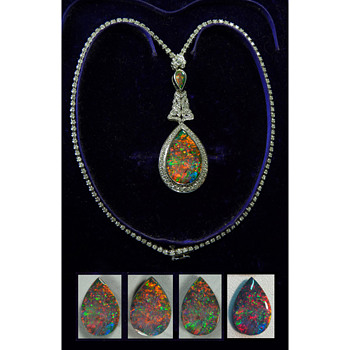 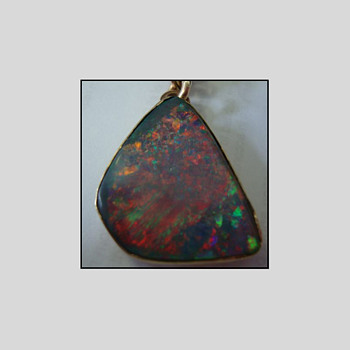 Gem quality black opal is very rare. It's not mined industrially, instead small teams of "mates" (Aussi for buddies) or family groups mine small claims in the opal bearing areas of the Australian outback. The world output of gem opal is much lower than diamonds, sapphires, rubies or emeralds, and as experienced miners get older and leave the fields, volumes are decreasing.

Today's miner may have a backhoe digger, a conveyor and fairly basic mechanical equipment, but they're not far advanced on the picks and shovels wielded a century ago.

Then as now, one could mine for a lifetime without making a lucky strike. However major finds will always be made, they're the stuff of legends that keep the miners going, and when they're found, the opals are personalised, they acquire names, and stories are told around the campfire of their miraculous discovery.

In the 21st Century there's another way to fossick for treasure, without going "Out Back". If you're reading this on CW you're probably already prospecting in the virtual world for your favourite treasures, so gather round the virtual campfire and I'll spin you the yarn of my greatest score.

You're looking at Aurora, the goddess of dawn. She's a 20ct Lightning Ridge solid black opal with an extraordinary play of red and orange colour across the surface, which combines with the full spectral range of colour including greens and blues. The effect is like the sun rising over the blue of the ocean and the green forests and fields of the Earth, hence the name Aurora.

A few years ago I got interested in jewellery and began to trawl auction sites looking for treasure. I came across a small suburban pawn shop selling a Victorian gold fob chain with an interesting opal fob. The pictures were terrible, and the price was more than double the bullion value. This was at the height of the recession and no one was buying, so the listing just rolled over week after week.

Still I put it on my watch list and checked in from time to time. One day I saw a question had been asked. Would the seller put the opal fob up separately with a Buy Now price? I clicked refresh, and saw the answer had just been posted - Sure $500! I looked at the seller's other listings, and there was the fob for $500. I clicked Buy Now, and it was mine.

The risk was that I'd just bought a badly abraided, damaged opal doublet, which is what it looked like in the photo. Once it was in my sweaty hands I tracked down New Zealand's opal experts, Nick and Tom King at Opal Pacific in Auckland. They soon confirmed the stone was an almost 30ct gem quality black opal "rub", an opal that had never been properly cut and polished, but left in an unfinished state, and turned into a fob, probably by the miner who found it in the early days of the Lightning Ridge opal fields.

Then I had a quandary. What do you do with a massive unfinished gem quality opal? To cut a long story short, my wife and I decided this was a once in a lifetime opportunity, and we commissioned Opal Pacific to make it into an heirloom piece of jewellery, set in 18ct white gold and diamonds, at the limit of what we could afford, which is what you're seeing above.

The main opal is a shade off 20ct, and the smaller piece is just under 2cts. In the four pics of the main opal before it was mounted, you can see its amazing range of colour, which differs from every angle, and perhaps you'll get a hint why the miners and traders of Lightning Ridge opal get hooked on "the mother of all gemstones". 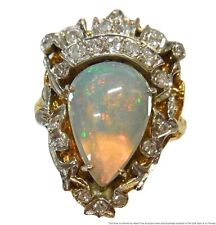