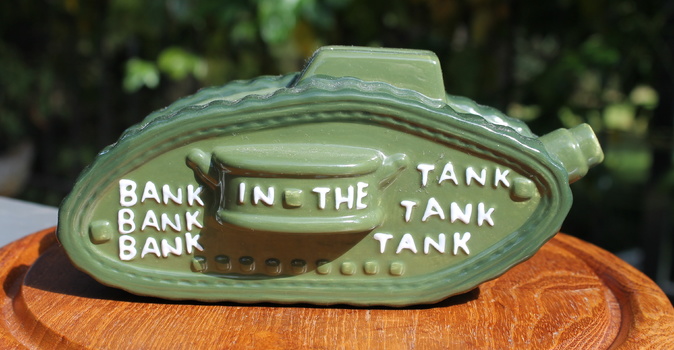 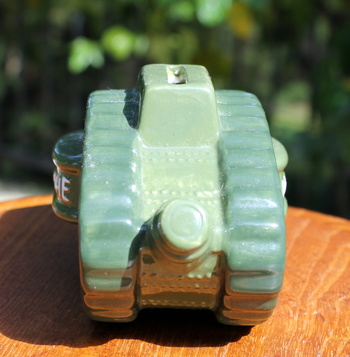 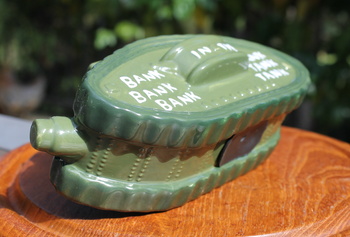 Another piece of Vincent's WWI memorabilia, even though this money box is a replica.

Tanks were a very new and novel thing in WWI and the British Government used their attractions as a way of raising money to fund the war.
Tanks (usually Mark IVs) were sometimes brought into London for display, and to demonstrate this new weapon. Along with the spectacle of cars being crushed, people were asked to purchase war bonds.

Money boxes were also used as a way of raising funds, and so tank money boxes were made to excite the populace to save money for war bonds. The originals of this type of money box were white, and the coin slot was on the side above the sponson. The tank shape is not particularly accurate, although that was not an issue when most people had never seen a real one.

Vincent uses this box for his savings and I had to snaffle some paper money from the slot for the photo shoot. All was returned safely.