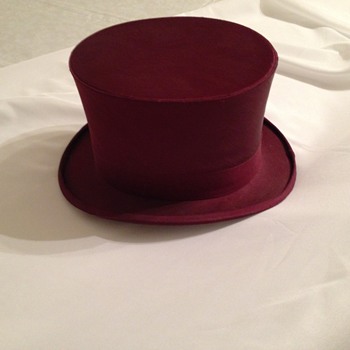 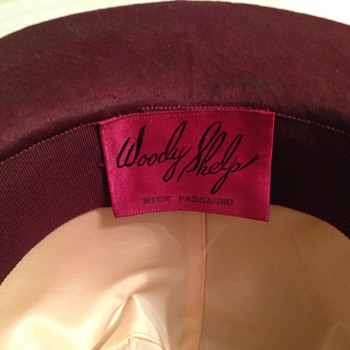 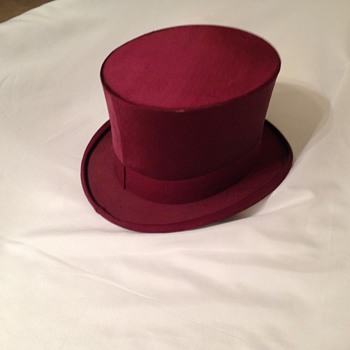 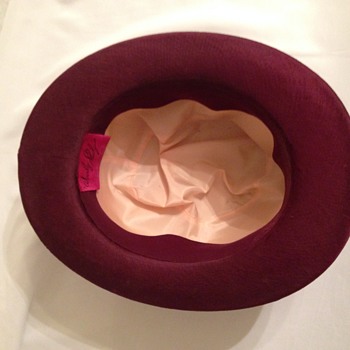 Found this vintage beauty at the Englishtown NJ outdoor flea market this weekend.
Designed by Woody Shelp of Broadway fame. He designed and produced the headwear for many Broadway shows from the 1960s until his passing in 2004. There is an actors name below Woody Shelp, probably from a Victorian production. I am unsure of the material that was used for this hat. Nice colors and in pretty good condition.
Enjoy
From the IMDB website:

Woody Shelp was the preeminent "hat maker" - his term - for Broadway shows for four decades (1962-2002). He created the hats worn by Mia Farrow as Daisy Buchanan in The Great Gatsby (1974) and Glenn Close as Cruella De Vil in 101 Dalmatians (1996), but he will be best remembered by the theatrical community and theatregoers the world over for making the signature, Champagne-colored finale hats that crowned Theoni V. Aldredge's costumes for Michael Bennett's record-breaking Broadway musical A Chorus Line.