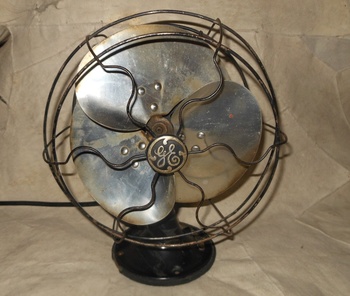 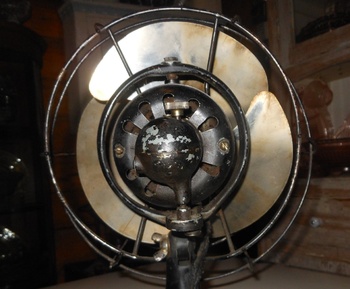 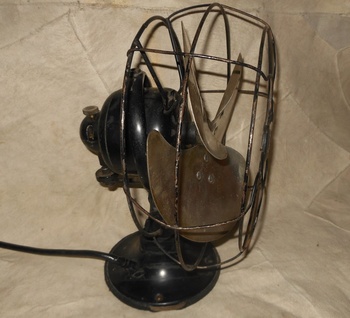 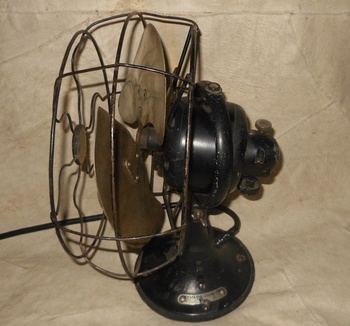 The cage design on this fan was the standard for fans through the 1930s. As it has steel blades that puts it in the 1930s. Earlier fans had brass blades although steel blades begin to appear in the late 1920s. There you go fans 101 on dating a fan. A fan like this one at least.
A bit of research reveals this to be Model 55X165 Quiet Fan and it is still quiet. It works and is quiet I should say. It is an 8" fan and didn't have the hum of the larger GE fans. A distinctive feature of this fan is the wide overlapping blades. This lead to the Vortalex series of the 1940s. GE was such a major manufacturer that they got to keep making fans during WWII.
Another interesting feature is the ring around the motor seen in Photo #2. The ring remains stationary as the fan oscillates which looks good for some reason. Old fans are fun to watch as they work they just are take my word for it.
Please note I bought this fan about two months ago and not last weekend. Also I did not buy any taxidermy.