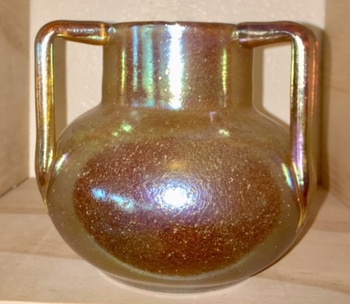 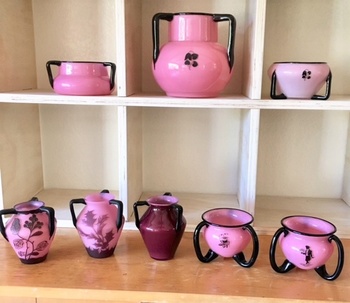 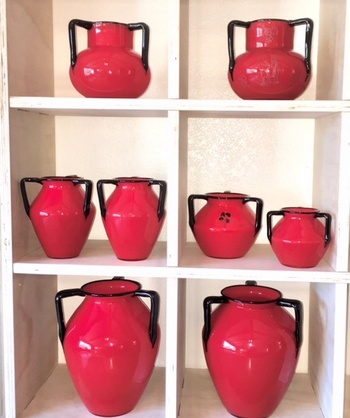 1. The cobalt colors come in cobalt handles for the most part but rarely can come in gold iridescent. There are 4 finishes that I have owned- Crystal, iridescent, papillon and a darker matt iridescent similar to Kralik.

2. The gold iridescent comes in cobalt or gold handles. I have heard of gold pappilon exists but I have never seen it. Loetz produced that finish but Kralik also made a very similar decor.

3. The pinks can vary from rose pink to a true pink. Notice the maroon vase that I have placed in here to show its internal color is actually pink. The pink cameo can be found with different signatures, workmanship and motifs. I am fairly certain many companies (including foreign ones) personalized these blanks

4. Reds are in three main hues, cherry, catsup and brick. Tangerine is not a red but an orange although it might appear to be red