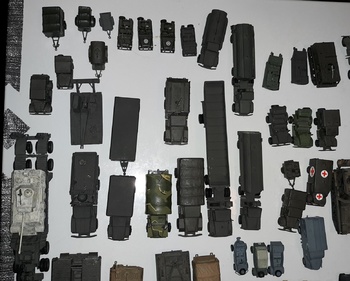 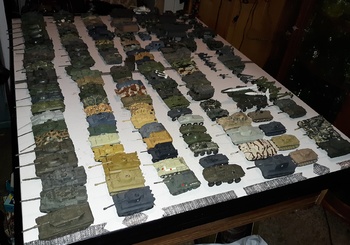 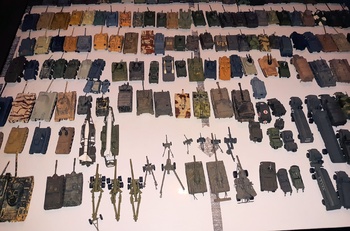 By Roco!
As can be seen my little company of Minitanks has been greatly reinforced. There is almost two battalions worth of armor here. A battalion would have about 100 armored vehicles and there are almost 200 vehicles here. Some of them are what are called thin skinned vehicles like trucks and jeeps. There would probably be a lot more support vehicles to support this many vehicles.
The vehicles here run from WWII to current armor and in-between. Probably most are Cold War and World War II. WWII German vehicles are probably the most popular for model makers. The Jadgtiger was very impressive looking but there were very few made and they broke down a lot. But it looked cool.
There is also a fair amount of artillery mostly American. Got everything from 37mm to 203mm.
Coming right up more Minitanks!