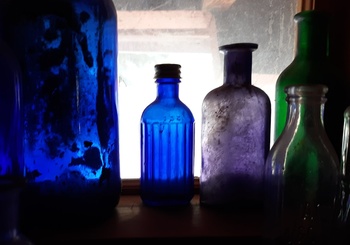 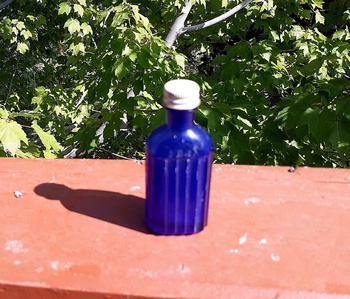 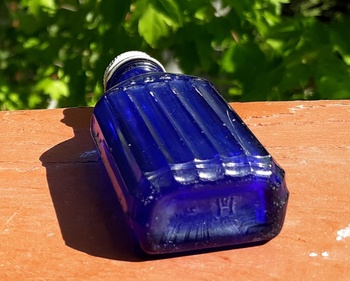 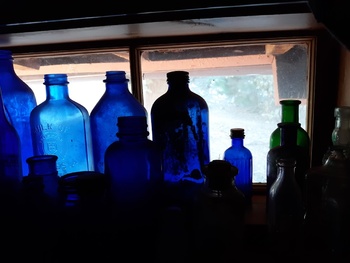 Thought I might have been paying a bit much for this bottle but bought it anyway. Checked out the bottom thinking there would be undecipherable markings on the underside. But I saw the H with an A underneath which means Hazel Atlas. Some think that is Anchor Hocking but that is an Anchor on an H. So it is a major brand name . I believe the company was gone by the early 1960s, probably earlier. It sort of faded away in the 1950s. It was probably best known for depression glass.
The bottle has a threaded cap so I am thinking post 1920. The early bottles just have stoppers.
Got some of its bottle friends to help out. I think they work well together. 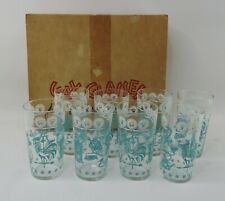 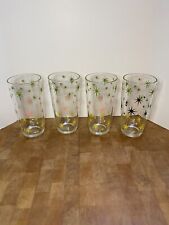 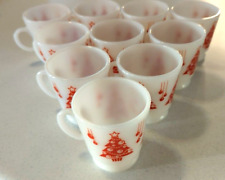