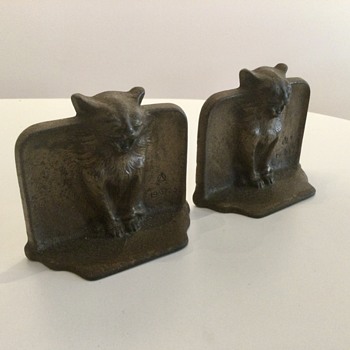 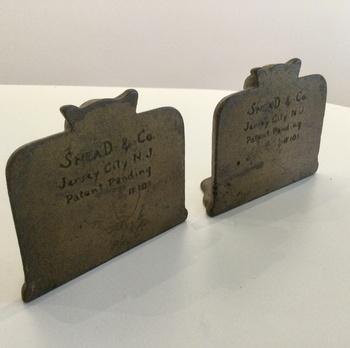 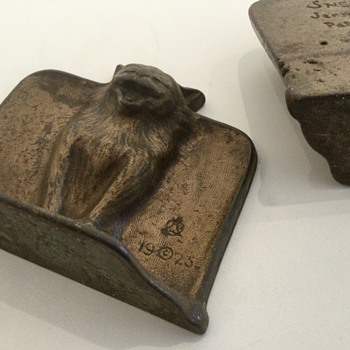 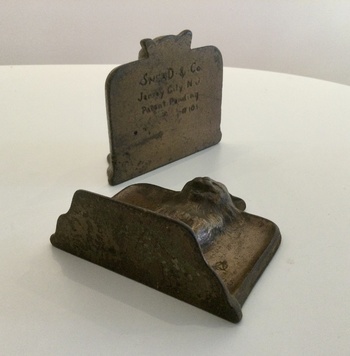 In Australia it is fairly uncommon to see vintage American items in op-shops where I do my hunting for ‘treasures’. So when I came across these cast-iron bookends I was happy to take them home and find out a little more about Snead & Co of Jersey City.

The history of the company goes back the nineteenth century when the foundry was established in 1851 on Market street in Louisville between Eighth and Ninth.

Charles Scott Snead (1820 - 1903) was the President of the Snead & Co. Iron Works, his son Udolpho Snead was Vice President and the General Manager was William R. Snead. The foundry was in Louisville, Ky and they also had offices in Chicago Ill. Their forte was the casting of ornamental wares in iron and then the electro-deposition of surface decoration or bronzing using the ‘Dynamo Machine’, a form of electroplating, I suppose. An online catalogue of 1890 shows a fine display of fencing, balustrades, stairs & architectural decor all in elaborate cast-iron.

But by 1910 they had branched out into shelving for public libraries. Major contracts came their way when an innovative design by the architect Angus Snead Macdonald (1883-1961) for a cast iron book shelving system for public libraries that changed the face of library building projects all over the USA - all part of Andrew Canegie’s public literacy initiatives. The Library of Congress used this shelving and in New York the newly built Public Library installed 75 miles of Angus’ book shelving prior to opening in 1911. It became 'the standard' for library storage for the early twentieth century. Even the Vatican used their stack shelving. The foundry at this stage was in Jersey City, NJ and was later moved to Orange County prior to WWII. The business was sold in 1946 to the Phoenix Iron Co and it became Orange Metal Products.

Snead & Co could produce anything and everything that could be achieved in cast-iron. A spin-off in the 1920's were a series of designs for the domestic library - bookends with bronzed finishes and with coloured surfaces. All rust free. There were cast figures galleons, sphinxes, scribes, historical figures, the Thinker (Rodin), Virgins and Child, Pegasus, Scholars and of course 'Cats'.

The Cat motif was a bit of a bonus. I've read on the net that there is mention of Snead & Co. ‘Halloween’ book ends and ‘bats’ rather than ‘cats’ .... some even describe them as 'mediaeval'. Not sure why. This solid, sturdy set of mine is well marked front and back Patent Pending #103, the design dated 1925 on the front. 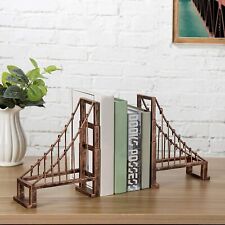 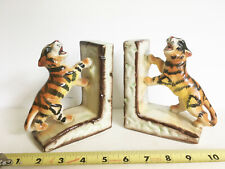 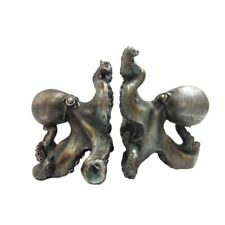