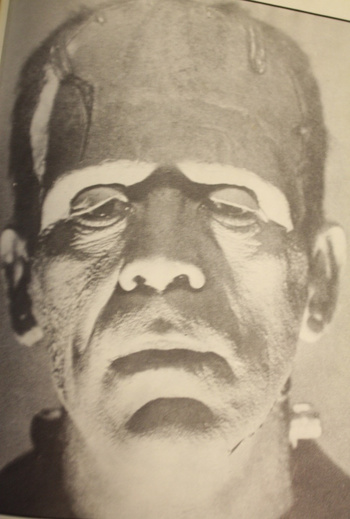 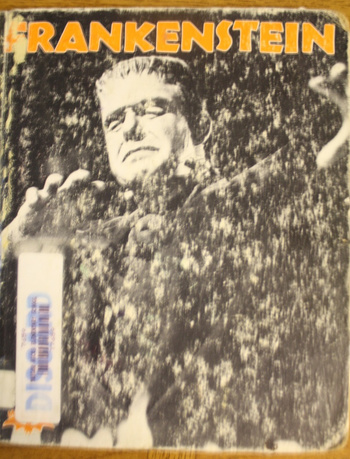 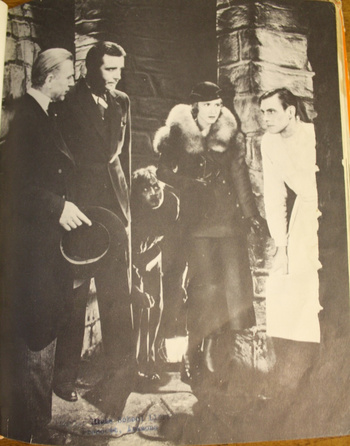 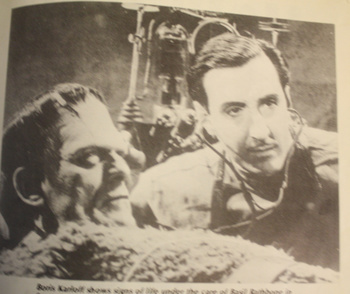 This book is not old as the copyright is 1977. However, the pictures are original photos from the various movies. The movies are based on the 1831 novel written by Mary Shelly. Many people think that Frankenstein was the monster, that is not true. The scientist who created the monster was named Henry Frankenstein. The monster was always referred to as "Frankenstein' s Monster."

The first move released titled Frankenstein was in 1910 and was produced by Thomas Alva Edison and featured Charles Ogle as the monster.

The most famous move was made in the 1930's and features Boris Karloff as the monster. Other great actors in the move were Edward Van Sloan, John Boles, Dwight Frye, Mae Clarke, and the great Colin Clive.

Many other movies were made and featured other fine actors such as Elsa Lanchester and Ernest Thesiger in the Bride of Frankenstein.

The Son of Frankenstein featured Basil Rathbone who played the son of Henry Frankenstein. Edgar Norton played the monster, and the great Bela Lugosi played Igor.

Others who played the monster were Lon Chaney Jr. Bela Lugosi, Glenn Strange and Christopher Lee.

A 1957 movie filmed in England featured Christopher Lee as the monster and Peter Cushing as the scientist.

The original Frankenstein featuring Boris Karloff is the best horror movie ever produced, it is a classic.