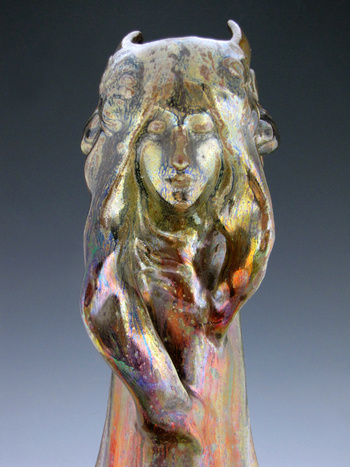 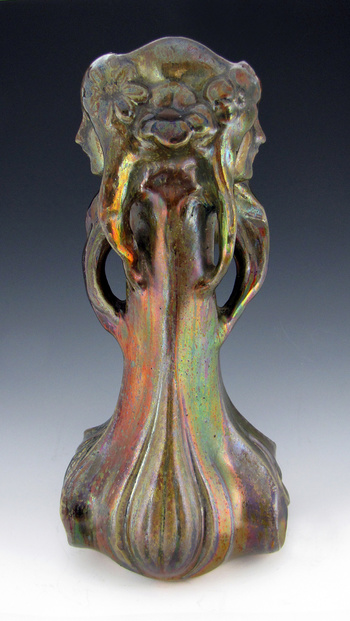 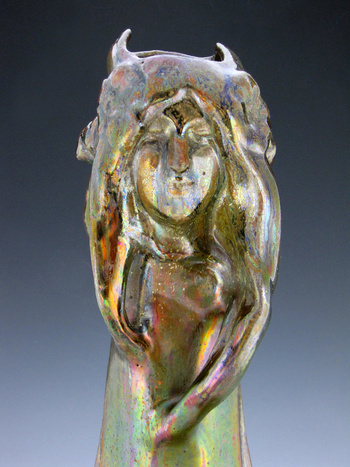 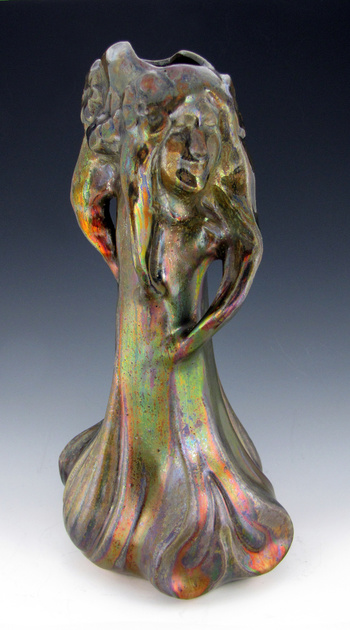 A rare French Art Nouveau/Symbolist iridescent ceramic vase with janiform motif by Jean-Baptiste Gaziello, one of Clement Massier's former proteges and designer from 1895-1905. Signed around the base, "J. Gaziello, Vallauris." Dimensions: 8.5"(H) x 4"(W, at the base).

Jean-Baptiste Gaziello (1871-1957) was employed by Clement Massier, the principal art pottery on the Cote d Azur, as a decorator. Gaziello also had an independent ceramic studio at the nearby establishment of L'Hospied. He perfected the technique of decorating ware with shimmering metallic lustres and the present vase, which is a particularly striking example dates from around 1906, when Gaziello was just striking out on his own. The principal collection of Gaziello's work and that of other Massier devotees are in the Musee de la Cramique at Vallauris, France.

Gaziello's selection of a janiform motif on this vase conjoining the heads of two females, one with a sorrowful downward gaze and the other with wide-eyed joy, is a perfect embodiment of early 20th century interest in inner conflict, emotional transition and psychology. The flowing form of the base reinforces the feminine aspect of the piece, while tying in the ever-present concern for the natural world inherent to French Art Nouveau. By rendering the vase in an electrically charged iridescent glaze, Gaziello bestows the piece with an other-worldly "dream" quality coveted by Symbolist artists of the period. 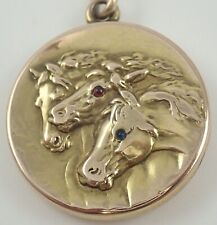 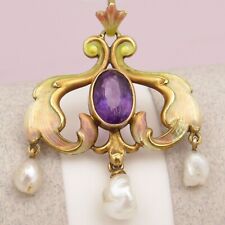 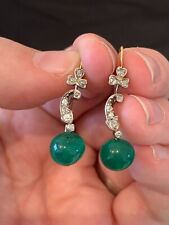