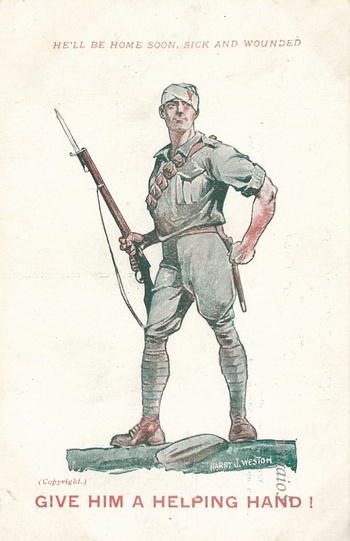 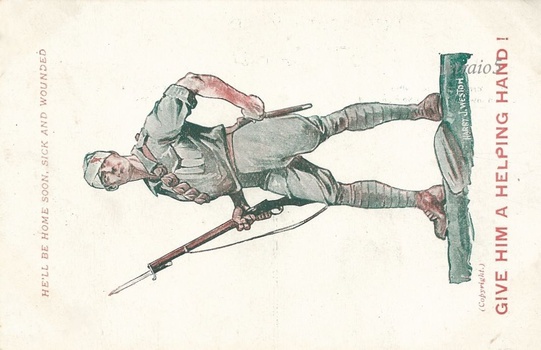 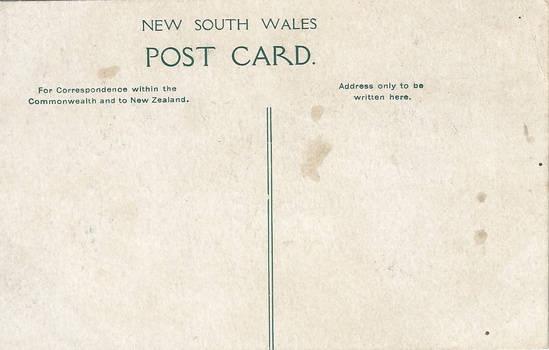 This is a PC from the Maude Lankester collection. This card was ubiquitous in its time. These days it is a highly collected item:

Arry was a cartoonist, painter, commercial artist and architect. He was born in Hobart, Tasmania. He was originally articled to an architectural firm in Launceston but later became a staff artist on the Launceston Examiner (1896-98). He exhibited with the Launceston Art Society in 1898. That year he left Launceston for health reasons and made his way to Melbourne, where he designed posters for Dunlop Rubber and Boomerang Brandy with Lionel Lindsay and Blamire Young.

He exhibited with the Victorian Artists’ Society in 1902-4 and was a member of the Prehistoric Order of Cannibals, a Melbourne Bohemian sketch club of the 1890s that included the Lindsays, the Dysons, Hugh McCrae and Max Meldrum.

Weston moved to Sydney c.1905 where he remained for the rest of his life. He established his own advertising agency, a sketching school and exhibited with the NSW Society of Artists.