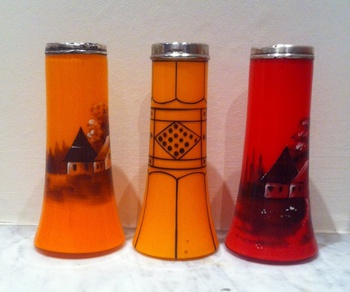 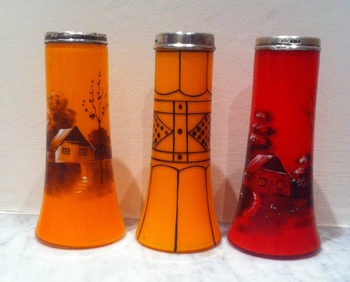 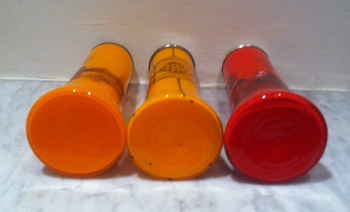 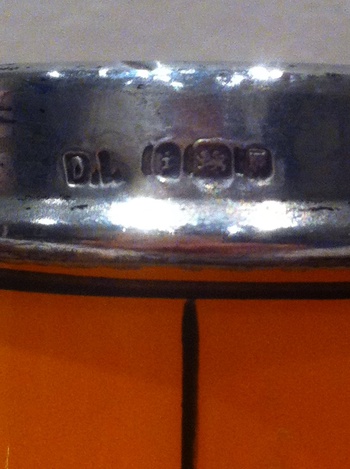 The shapes are visually similar, but is the apparent difference in size due to an optical effect of the style of enamelling (akin to the famous lines and arrow heads illusion) or is it "true"?
The bases are 7cm (flankers) 6.8cm (middle), heights 16cm (all), under-rim width 4.5cm (all).
At 4cm from the base, the widths are 5.4cm (flankers) and 4.9cm (middle).
It is interesting to me that there are measurable differences but that may be explained simply by the thickness of the casing clear glass which is almost non-existent on the middle.
The middle has the feel of those vases described as from Novy Bor with dark green and dark red (hard to tell apart) enamel polka dots in the lozenges, with traces of gilding around each dot.
This is slightly different from the "Novy Bor" enamelled polka dot vases, whose dots are much more strikingly coloured, and obviously rich red or blue &c.
All 3 are hallmarked [DL] - dates (L-R) 1924, 1924, 1929.