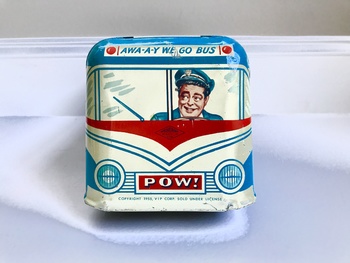 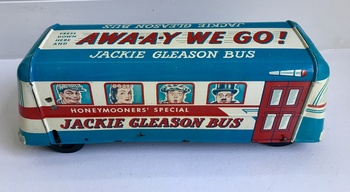 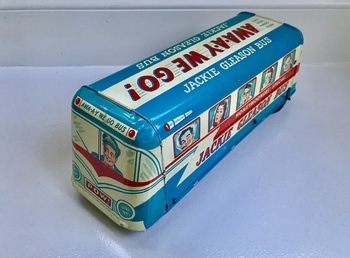 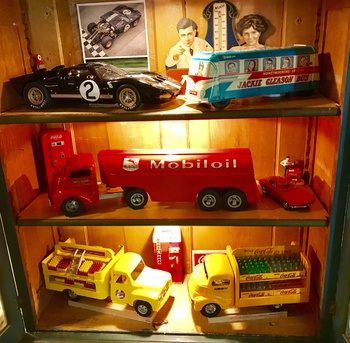 This is a tin toy made by the Wolverine supply and manufacturing co. back in 1955. In 1962 they changed their name to the Wolverine toy co. It's cool and has the different cast members riding with Ralph driving. The safest bus driver in all of Brooklyn and he made $62/ week ! And awa-a-y we go !
I noticed a few honeymooners fans on this site and had to chime in. The show only ran one season 55/56 with I think 39 episodes.
I bought this one last Friday from an antique mall in Tennessee . When I first saw this last month I thought it was from around the 90's because it looked so new. At the time I didn't realize these were collectible . After some research I realized it was made only in 1955. So I got on the phone and bought it. I've bought a few items from them in the past and @ a really good price. This one included. Always been a fan of the honeymooners show as a kid. Been watching the old episodes on Me TV on Sunday nights.