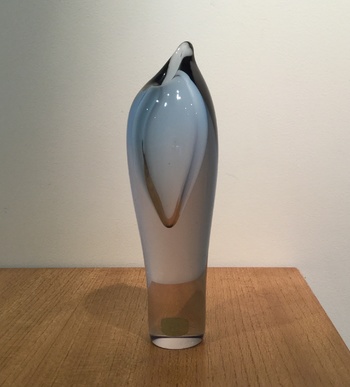 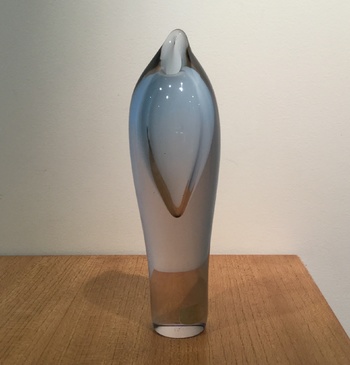 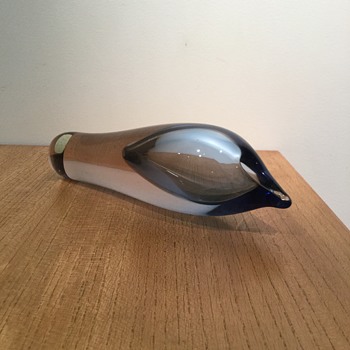 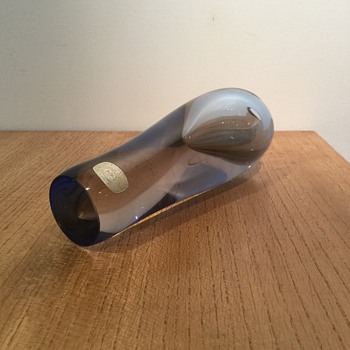 It retains its gold sticker “Hand made Skrdlovice Czechoslovakia” on its foot.

Thanks to both Jindrich Parík and Robert Bevan-Jones for their help in identifying it and giving me the pattern number. Robert also mentioned that this was a piece done when Emanuel was retiring from the glassworks. I have been collecting Bohemian glass of various periods for many years now and I had not seen another like this Beranek before. I liked it initially because of its similarity to Timo Sarpaneva’s “Orkidea”.

Just found out the name of this series of vases: 'Kollektion Blanka'. I was having a look through some copies of Glasrevue 1960. In an article in German: Ein Juengling von Sechsig Jahren" Dr Ivo Digrin refers to them as part of the 'Kollektion Blanka' of Emanuel Beranek.