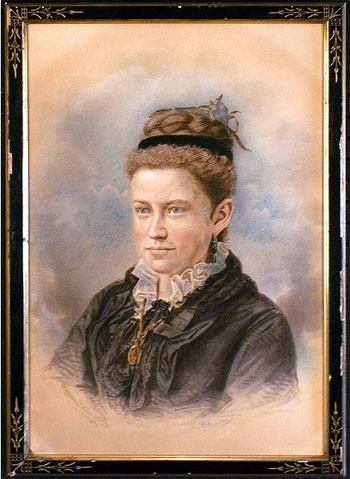 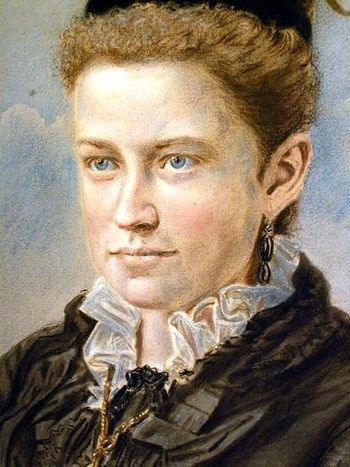 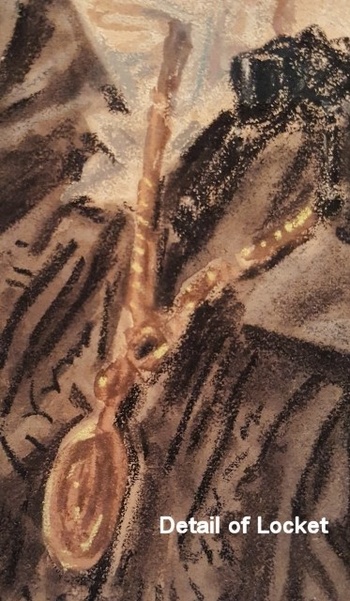 Over the years, I've been looking for 'go alongs' to accompany my rare and historically important 1883 wood & brass camera made by Frank Pearsall. Presented here is the latest acquisition to display with the camera; a stunningly beautiful pastel / crayon portrait of a young woman by the well known Brooklyn photographer.

As background, Frank and Alva Pearsall were brothers operating competing photographic studios in Brooklyn from the early 1870s through the late 1890s. In the 1870s, galleries sold a variety of items other than photography. Having done extensive research on Frank Pearsall, I was aware of this type of portrait but never imagined actually finding an example given the fragility of works on paper.

This portrait is the only example I've ever seen and believe it to be the actual image described in the following article [excerpt] that appeared in the September 14, 1871 Brooklyn Daily Eagle paper:

"Visitors to the fair of the American Institute, in the department of Art Photography, will find an admirable display of imperial card photographs, porcelain and ivory miniatures, and colored crayons from the gallery of G.F.E Pearsall, of this city. Some of the miniatures are finely executed, and a life size portrait of a young and beautiful girl, finished in colored crayons, is very attractive for the spirit shown in the pose of the figure and its delicacy of outline. Mr. Pearsall is the only exhibitor in the fine art department from Brooklyn, with the exception of a Mr. Senior, who contributes two or three crayon heads."

Frank's signature is shown in the third image.

The Pearsall camera can be seen at: