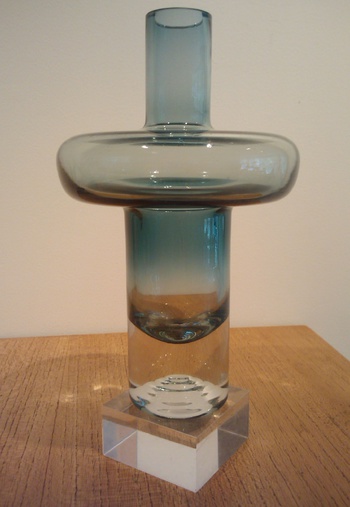 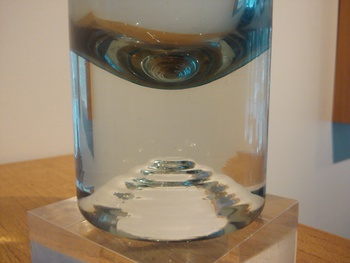 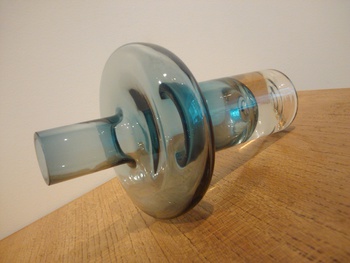 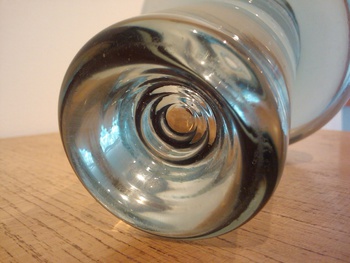 Nanny Still (1926-2009), also known by her married name, Still-McKinney, is one of the important modern Finnish designers of glass and ceramics. The body of work she created, mainly during the 1950s and 1960s, serves as a reflection of the period's style as well as being a harbinger of the coming innovations in structure, color and functionality.

This one came home a couple of weeks ago from the first of the month market at Surrey Hills. Love the colour. I think it was originally meant as a candlestick?