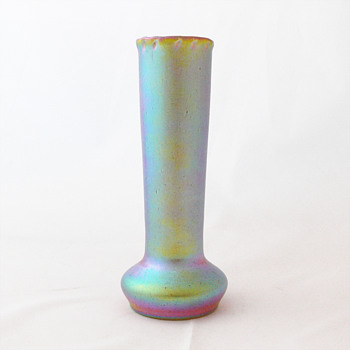 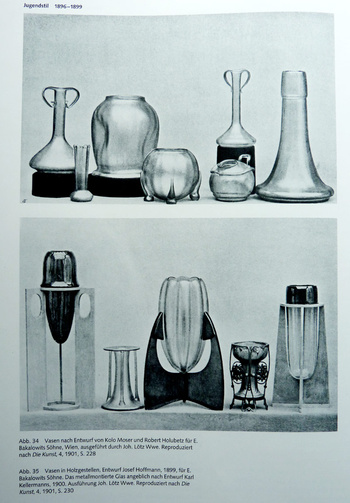 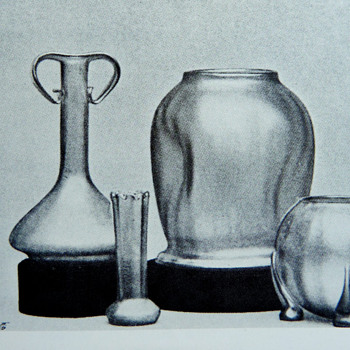 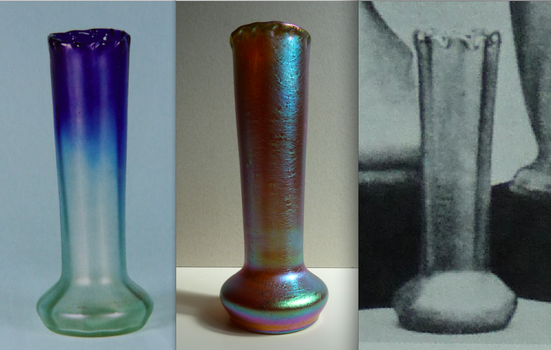 This vase is design No.85/3778, made by Robert Holubetz and produced by Lötz for Bakalowits in 1900.

An image of this vase appears at the Die Kunst magazine in 1901 (pics 2 and 3). In the same picture there are other designs by Holubertz as well as other famous designs by Moser.

There's eleven registered decorations this vase was made in, amogst them our Candia Silberiris and the Luna Optisch you can see on pic.4. It's hard to know which one would be the one on the old phoograph., .

Robert Holubetz was one of Koloman Moser's students (and is considered as one of the best) at the Kunsgewerbeschule in Vienna. His docmented glass designs were made only for Bakalowits. There is very little information available about him both in books and online. Even his date of death is unknown.