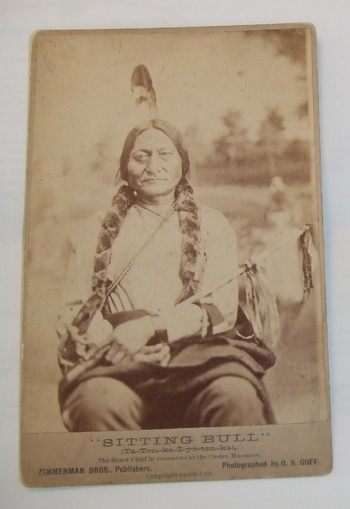 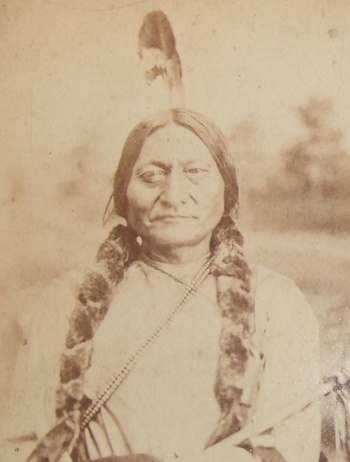 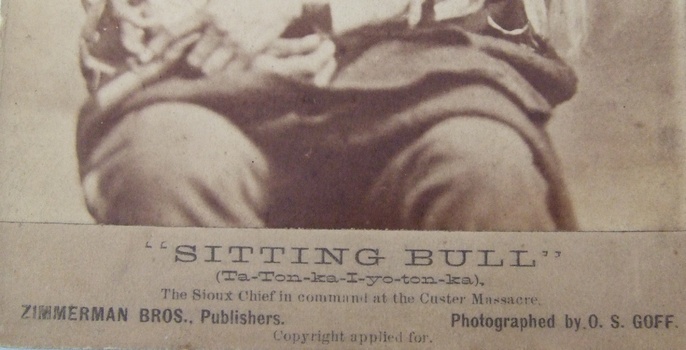 The original image was taken by Goff and published by Zimmerman in 1881.

Full information at the bottom of card: "The Sioux Chief in command at the Custer Massacre" to include his Indian name "Ta-ton-ka-I-yo-ton-ka".