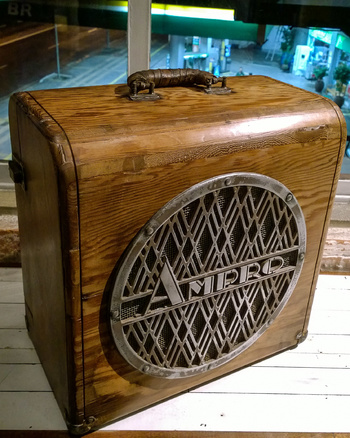 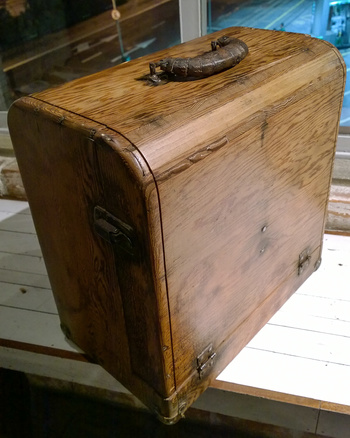 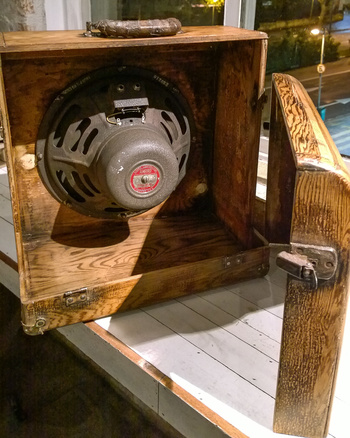 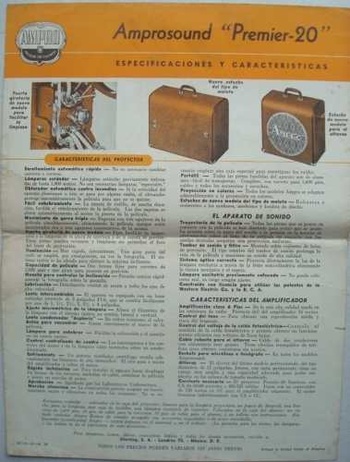 This is another item I found during my trip to Chile. It is a speaker box from a 1940s Premier 20 projector made by The Ampro Corporation from Chicago, IL. The company was founded in 1913 by Axel Monson. Since it was in bad shape, with the tolex/leatherette that covered the cabinet missing or falling apart in many places, I decided to strip it to reveal the wood. This is how it looks after lots of glueing, sanding and waxing. The speaker that came in it is a 12" AlNiCo 50W 16 Ohm Jensen P12N, a really nice vintage speaker that unfortunately got its cone damaged in some spots. I restored the cone with PVA glue and tissue paper and will test it as soon as I receive the amplifier I bought to make it a bluetooth speaker box. Hopefully it will sound good enough to avoid having it reconed or replaced.

Update on March 2017: The speaker was replaced by a vintage 1970s 150W 8 ohm guitar amp speaker, as the original was too damaged. I later sent the original Jensen speaker to be restored, replacing its coil and cone, now it is waiting for a new project.

The bluetooth box project became a guitar amplifier project. This box now has an internal solid state 100W mono amp, with one instrument input and also a jack for an auxiliary line level input.