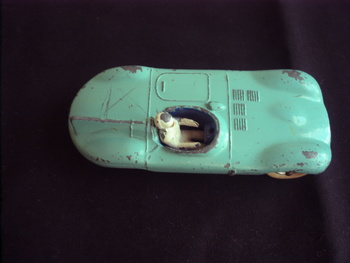 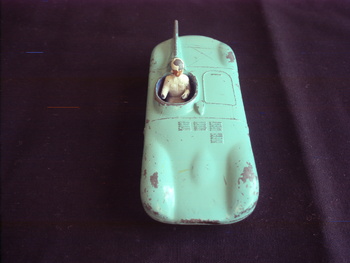 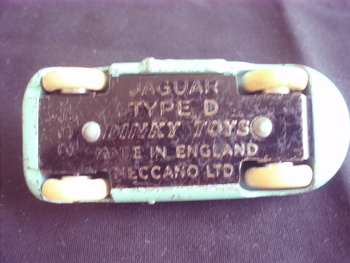 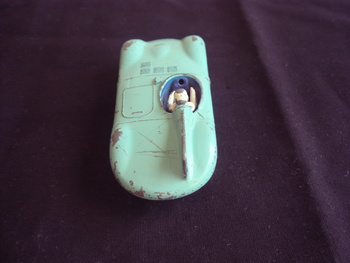 Good afternoon everyone,
A few months ago I posted a Fork lift Dinky toy from the 1950's that is from my childhood. At one time I had more Dinky toys which have been lost over the years with the exception of the fork lift and this 1957-1965 Dinky toy Jaguar which I played with lots as a child. The 2 toys were stored at my Grandmother's house kept safe for me. In time they will be passed on to my son and maybe one day to my Grandson. These two Dinky toys bring back great memories from younger years. It won't be restored I like it as it is. The steering wheel is missing one day I hope to find a replacement. The hubs are solid metal newer models had plastic hubs. The length is 85 mm/3 3/8" x 40 mm/1 5/8" approx.

HISTORY:
The D-Type Jaguar was the most successful sports racing car in Jaguar's history, following on from the early 1950s C-Type (XK120C) sports car. Two versions of the D-Type bodywork were produced, the long and the short nose variants. This toy also has the rear fin to aid stability on the Mulsanne straight at Le Mans, a track where D-Types met great success with Mike Hawthorn in '55 driving longnose car registration 774 RW. Race wins for the XKD continued with the Scottish Ecurie Ecosse team in later years.