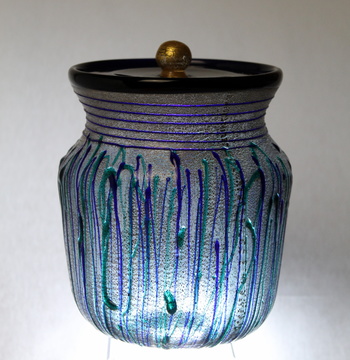 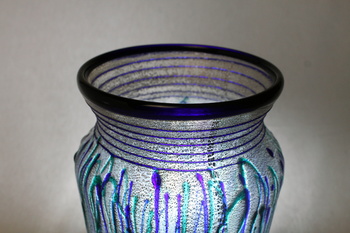 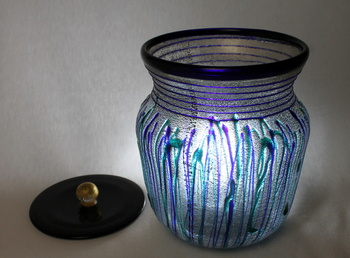 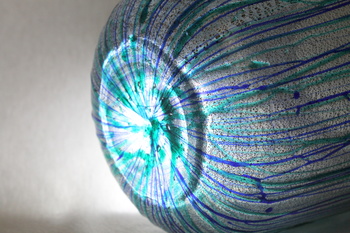 Mizusashi is a container for cold water, and an important and aesthetic part of the Japanese tea ceremony. They are an object of status and beauty, are hand made objects usually from pottery or lacquer, and are very carefully selected for the ceremony. Japan's premier glass artists have als0 made mizusashi from glass, and these are considered very precious. As a guide, mizusashi from the late Kyohei Fujita, or Koji Ishii, regularly sell for many thousands of dollars.

I feel fortunate to own this water bowl by Iwata Kuri, and it is one of my pieces of glass that arouses great emotion in me. This is not just because of it's beauty, but also because of what was happening with Iwata when this was made.
Hisatoshi Iwata suffered ill health for a long time, starting with hospitalisation for TB around 1960, a disease which plagued him all of his life. In the mid 1980s he was diagnosed with oesophageal cancer, and later, cancers of the bowel and lymph. Throughout this whole period he continued to make incredible glass, and was almost driven by his craft. His last exhibition was in 1993, and he died a relatively young 68 in 1994.

The seller advised me this water bowl was made in the late 1980s, and I look at it and think of the art Iwata produced even whilst he was suffering with poor health. It makes the beauty here very poignant.