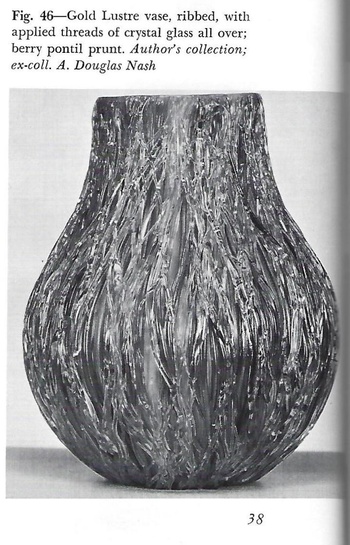 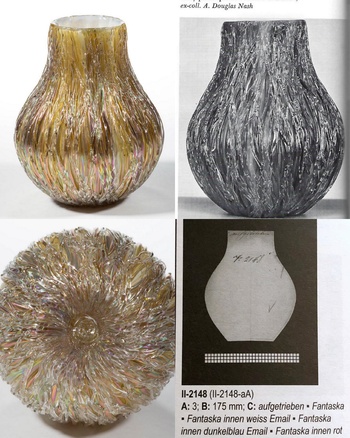 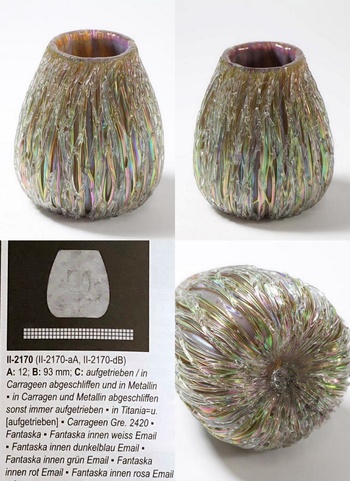 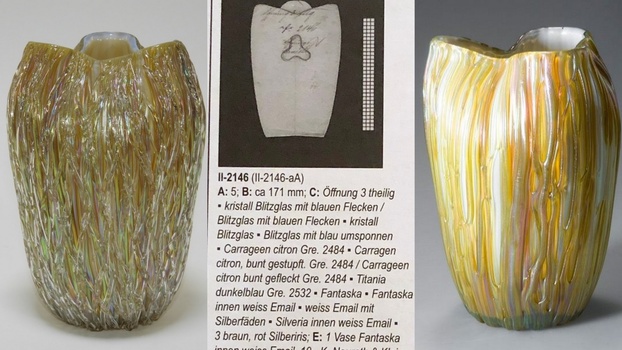 It’s hard to believe that just 30 years ago little was known about Loetz. In 1989, when the catalog for the Loetz expositions in Düsseldorf, Frankfurt and Prague (2/12/89 - 9/24/89 ) was published, the names of hundreds of decors and thousands of documented shapes from the Loetz archives were made public. If one looks at auction catalogs and books from the 1980’s and earlier, evidence of incorrect attributions for Loetz as well as other Bohemian manufactures abound. Yet it took many years after the publication of the Loetz catalog for the 1989 exhibitions before Loetz attributions started to be correctly assigned in the market place, books and museums.

The goal of Loetz.com has been to continue the research and study of the Loetz archival information and to present new findings to the Loetz collecting community as they are revealed by the Loetz Advisory Group. For as many years as I have studied Loetz and as much archival information that we have about Loetz, I find that I am still learning something new about Loetz every day. So it comes as no surprise to discover that a glass vase that had previously been classified as being produced by Nash based on information in, Revi’s “American Art Nouveau Glass”, printed over 50 years ago, is actually Loetz. But the truth is, I was surprised! I have collected photographic examples of this “Nash” vase for several years.

This vase looks like an odd example of a Loetz “Texas”. But the clue revealed in Revi’s: “American Art Nouveau Glass”, on page 38, fig. 46, that made me believe it was a Nash production rather than Loetz was the unusual raspberry prunt placed in the pontil of this example. (Photo #1)

When Volkmar Schorcht discovered the Loetz Silveria decor in early 2019, he wrote to me and included two photographic examples of what I had come to refer to as the “Nash Texas” production. These two examples were similar to PN II-2148 (the same shape shown in Revi’s book for the Nash production) and II-2170. The first example, PN II-2148, had a white layer of glass on the inside and the second example, II-2170, had a pink liner of glass on the inside of the vase. While the production notes for both Silveria and Fantaska mention different colored layers of glass (email) on the inside of these vessels, no mention of a raspberry prunt could be found.

Then in July 2019, Warren Gallé noticed a posting for a vase that also matched the “Nash” PN II-2148 example on FB and sent a photo of it around to the Loetz Advisory Group members as a possible candidate for “Fantaska”. But, alas, I cited the Revi “Nash” attribution for both of these examples because of the “rasbery prunts” found in the pontil area. A lively discussion ensued. Here are some of the Loetz Advisory Group’s discussion points for an against Loetz for these examples:
1) While the black and white photo of the vase shown in the Revi book indicated the vase was in Nash’s collection, it did not specifically attribute the production of this vase to Nash.
2) Loetz used rasberry prunts as decorative elements on a few vases, but why would a raspberry prunt be placed on the bottom of a “Loetz” vase with a fire polished rim? Why would this type of prunt be placed on only one Loetz decor? Why did/would Loetz do this when they were so famous for their nice, polished pontils?
3) If two photographic examples were found that matched production numbers II-2148 and II-2170 in size and also the specified internal color (email) from the production notes, then why not Loetz? The internal (email) glass colors also matched several known Silveria examples.
4) Andy Jelcic looked at the photos and commented that he couldn’t image trying to take a grinder to the pontils on these vases without shattering every long thread on the bottom half of the vase. It was just too delicate and the prunt made perfect sense.

In addition, we have been able to study an example of "Fantaska" side x side with an example of Silveria and have discovered that the Fantaska decor is comprised of a Silveria execution that has been adorned with an extra layer of applied, clear threads. Therefore, having found three photographic examples matching three Loetz production numbers in size, shape and internal color decoration, we, would like to present a new Loetz decor, Fantaska!