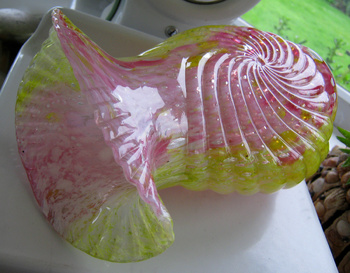 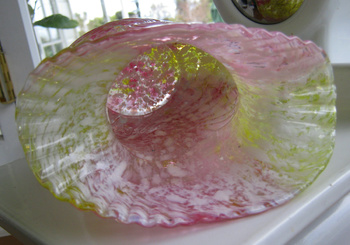 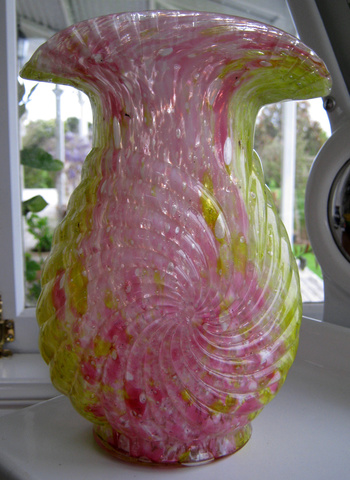 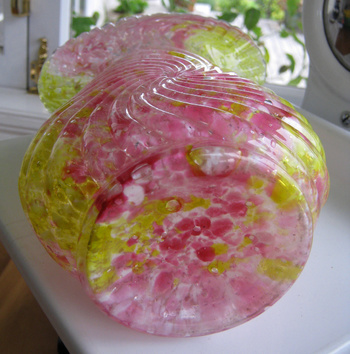 It was the luscious colour and the great shape that attracted me to this beautiful vase. The size came as complete surprise it's 22.5cm - nearly 9 inches tall, it certainly has presence amongst my other pieces of glass.

Hope you enjoy looking at as much as I do, and thank you for looking...:-)

"Auguste Legras became director of the glassworks at Saint-Denis (near Paris) in 1864. Both his artistic and commercial talents quickly brought the company a lot of fame and the Verreries de Saint-Denis grew to a number of 1500 employees at the end of the 19th century, after it had acquired two other glassworks at Pantin and Aubervilliers.

The Saint-Denis glassworks specialized in highly decorated vases, both multi-layered cameo vases as enamelled vases with painted floral images. The quality of his products, but also the large number and variety of his designs made Legras' company the most important producer of glass art items in France, at least until the start of World War I in 1914.

In 1909 Auguste's son, Charles Legras, took over his father's position as company director. He continued production at the same artistic level as his father but didn't really innovate the company's techniques and designs.

Legras joined forces with Pantin glassworks in 1919 to become Verreries et Cristalleries de St Denis et Pantin Reunies. From this moment on the style of Legras' products shifted in line with the new art deco movement. Auguste Heiligenstein became artistic producer in 1926 and most of the art deco designs of Legras were made by him". 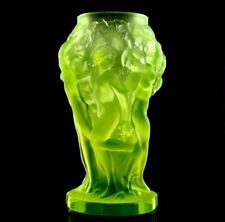 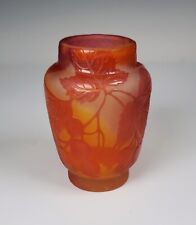 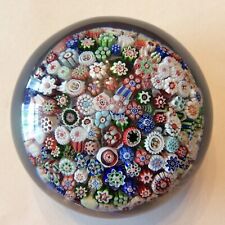