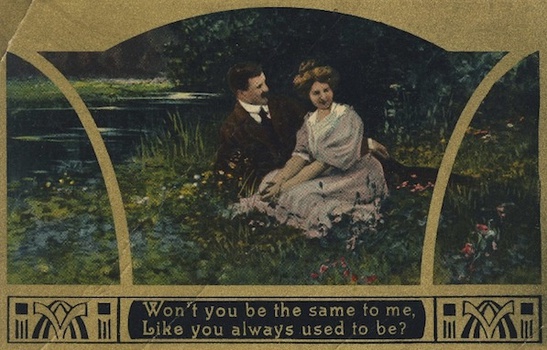 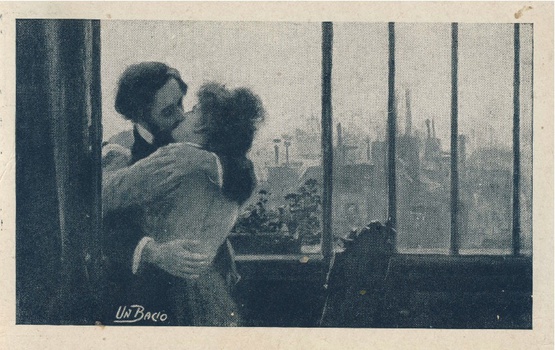 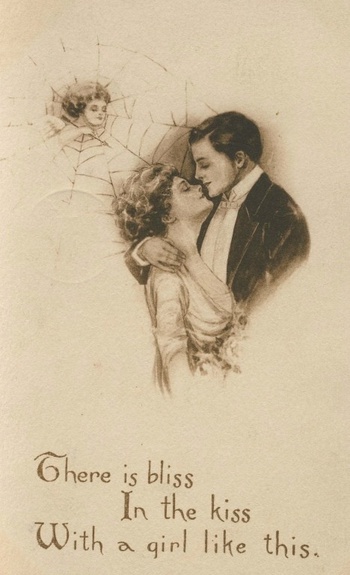 Back a couple years ago, I was in looooove. I'm talking head-over-heels, hit over the head, lovehearts spinning around me. That must've been addling my brain when I went to Hal Lutsky's Vintage Paper Fair in San Francisco's Golden Gate Park that year and stumbled upon a bunch of vintage romantic postcards. (In my defense, they were cheap!) Of course, I gave him the best ones. For Valentine's Day. Because I was feeling cheesy like that.

But I still have half a dozen, and even though that romance is no more, I still love these cards. The best ones are the postcards that were written on and sent. They have old stamps (1 cent!) and postmarks (1911!). Some don't even have street addresses, just the name, town, and state. Apparently, at the time, everyone knew how to write in formal, cursive script. And even still, some of their messages are inscrutable, and in pencil.

Given the passionate nature of the images, the messages are often hilariously formal. (And of course, they would be. These are postcards. The mailman can read them!) "Received your card this a.m. Went to the Chautauqua again last night. I am certainly getting good use of my ticket. Grace" She sent this to Ralph in Indiana at 7 p.m. July 8, 1911. On the front of her postcard, a gentleman clings to a lady in a slightly exaggerated comic image, like a still from a silent film, and the wording says, "Don't Go Yet. --"