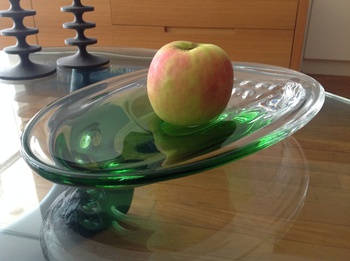 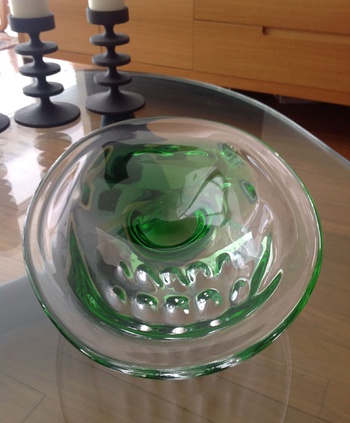 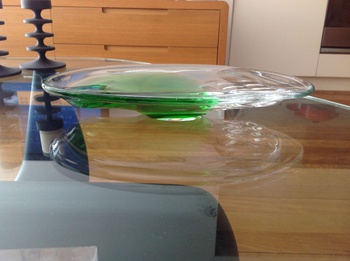 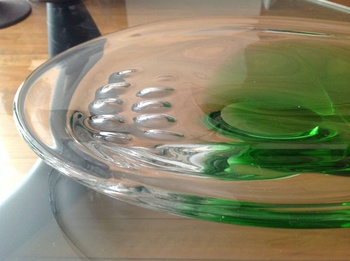 The bowl was first seen at Wenty and initially I ignored it. But it became an image that taunted me. Why had I left it there? So when I saw it the next month I bartered the price down at bit and took the plunge.

When I got home with it I had to research it and went to the net and found its design at Skrdlovice: 7633/34.

The marking system at Skrdlovice tells the designer and the numeration gives a number to a design that year. In this case 1976 design number 33. The 34 means 34 cm and is a general indicator of the size of the piece.

Recently a book on Skrdlovice was released but it contains very little information about Ladislav Palecek. It seems he was a particularly enigmatic character. But they did mention that he was a glassblower/designer who who was extremely influential at the factory where he worked from 1957 to 1990. He was the foreman in charge of all of the glassblowers at Skrdlovice.

From some research I have found a reference that gives his date of birth as June 23, 1933 at Hlinsko near Chrudim in the Czech Republic. The town of Hlinsko is just 17 km north of the Beranek factory at Skrdlovice.