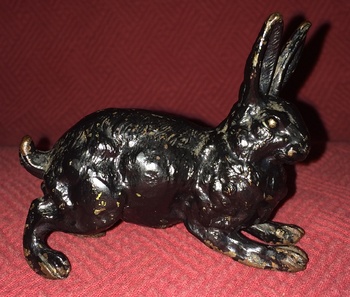 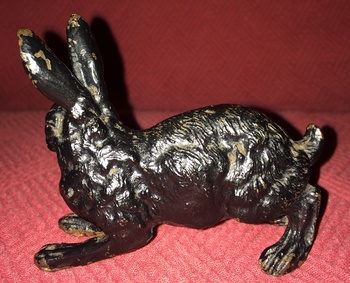 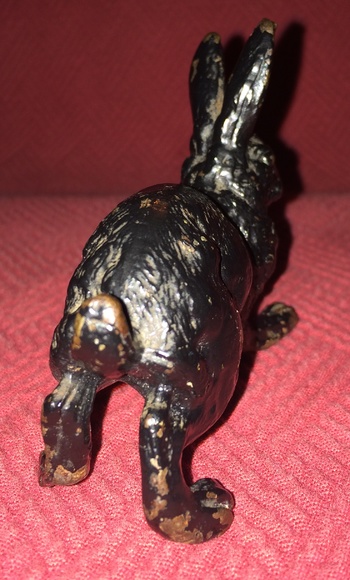 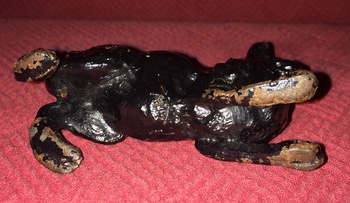 Today, we have a vintage Russian Kasli rabbit figure. I'm not sure of the age of this one, but it is very old. This one is made of cast iron, very highly detailed and measures about 3.5" long and 2.5" tall.

He has some paint loss, but not too terribly bad. He is marked by the foundry on his underside.

From Wikipedia:
Kasli iron sculptures (cast-iron moulding) appeared in the middle of 19th century. The peculiarity of this sort of production in the row of the same products laid, first of all, in the clearness and the smoothness of the surface of the metal, and also in the skills of the craftsmen. The secret was in a great quality of iron, smelted on the fire from wooden coal, in the consistence of the forming sands and in the skills of the craftsmen. The best works of Kasli iron casting art made after the original models by the well-known Russian and Western European sculptors Peter Clodt von Jürgensburg, Eugene Lanceray, etc.

In 1860 the Kasli’s plant was honored with the Golden Award (The small golden medal of the Free Economical Society) in 1860. In a year a Small Silver Medal of Saint Petersburg’s Textile exhibition joined it. And a bit later – the honorable diplomas, silver and golden medals on the World Exhibitions in Paris (1867), in Vienna (1873), Philadelphia (1876), Copenhagen (1888), Stockholm (1897) and again in Paris (1900).

The art of iron figures making have made Kasli factory well known all over the world. Many of world wide known historical artistic sculptures and figures at Moscow and Saint Petersburg - and even iron made furniture at Winter palace - was produced at Kasli factory.

Thanks for stopping by to have a look!! 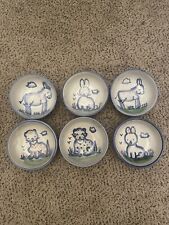 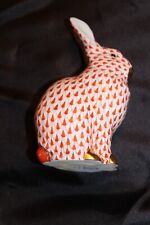 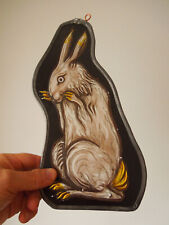 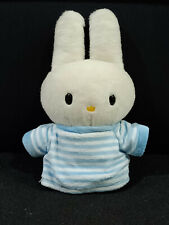