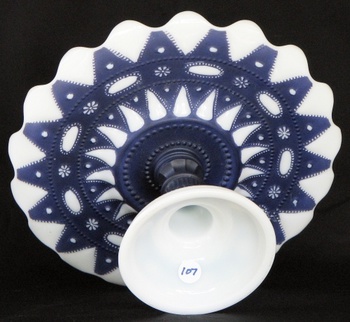 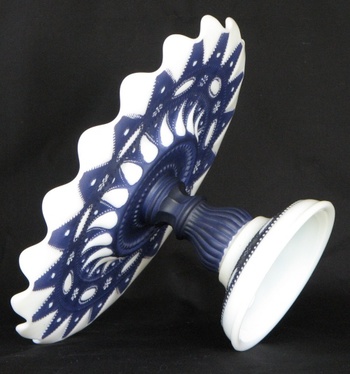 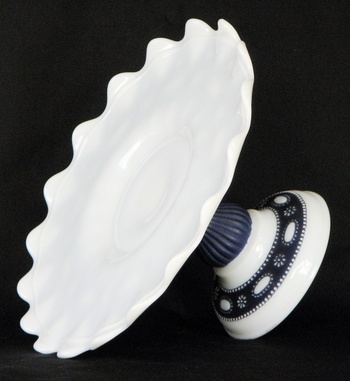 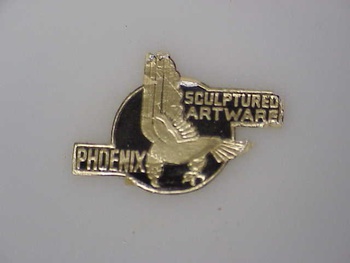 This is another favorite from my collection of cake stands; only this one is from the post-depression era. The pattern is known as 'Lace Dew Drop' and made by Phoenix Glass Company in 1937 from molds acquired from Co-Operative Flint Glass who made the EAPG pattern in crystal in 1902 and first called it 'Lacy Dewdrop'. The paper label was marked Phoenix Sculptured Artware. This pattern was also later made by Kemple Glass, but Phoenix Glass was the only one to produce the milk glass w/Cobalt.

edit:
this pieces comes from the Bob Ogorek/Plantation Galleries collection of Phoenix Glass and originally had the 1977 inventory tag on them which meant another set was either not found or a better set was not found; that says something for it's rarity.

should anyone know of another existing example of this one please comment below or let me know via email. 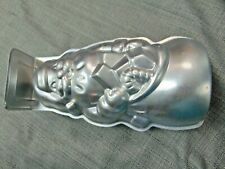 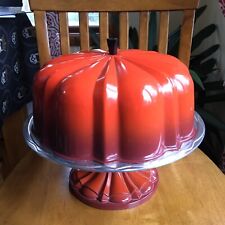 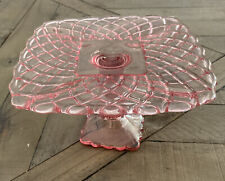 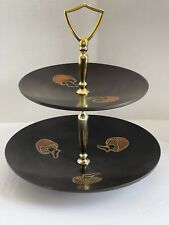