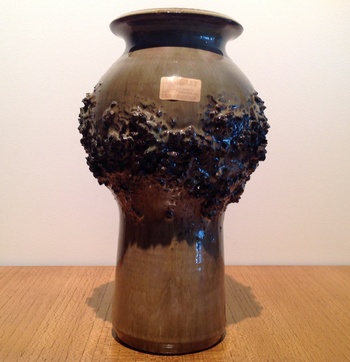 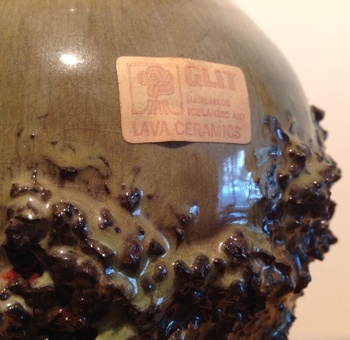 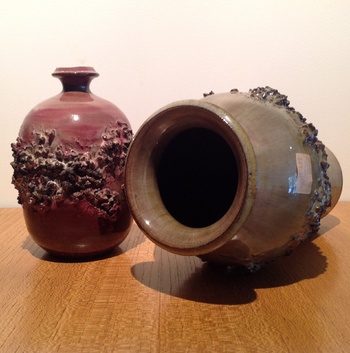 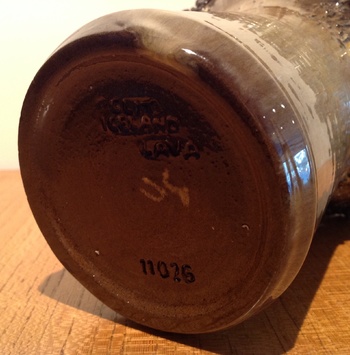 A few months ago I found this piece at the Collectors Fair here on Sydney. It was my second piece of GLIT. I had bought my first almost twenty years ago knowing nothing at all about the origin of the piece. Later I found reference to the mark and retraced it back to the land of Björk!

The pottery first housed in the old downtown at 13 Odinsgata street, Reykjavík, Iceland. The first equipment and the ovens were built by Ragnar Kjartansson, who was the driving force behind the product development and design of the company. He was a member of the Icelandic Sculptors Society which he established in the Icelandic capital in 1972 along with Hallsteinn Siguryhsson, Jon Gunnar Arnason, Porbjörg Palsdottir and others.

This is a biggie!

Totally brutalist!
The pieces of lava are very sharp.
You should keep them away from glass because that lava can scratch.

Within all of the grey brown there are little touches of fiery red!

Earlier this year in Iceland there was an exhibition of GLIT at Iceland's Museum of Design and Applied Art: