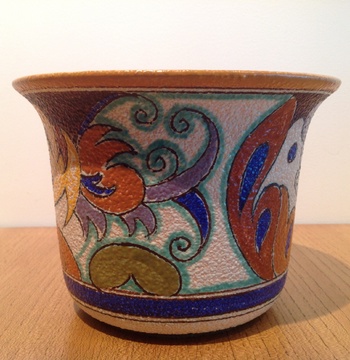 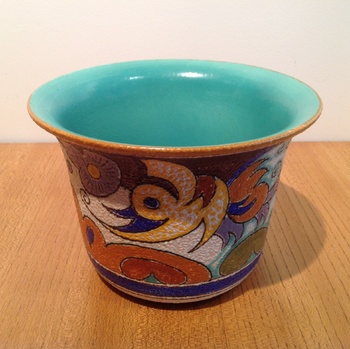 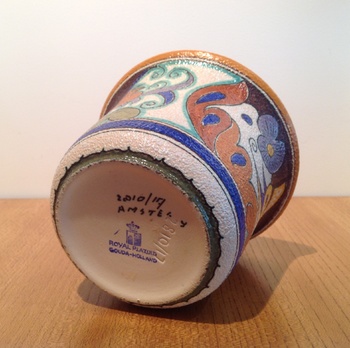 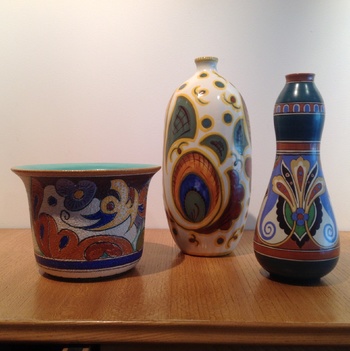 Recently a friend in the Netherlands mentioned an exhibition on Facebook that is being held at the at the Keramisch Museum Goedewaagen in Nieuw Buinen from 17 October until January 21 next year 2016.

The exhibition is focusing on the post war production of PZH .... a period that has been ignored until now and links them to wares from the pre-war period.

PZH is the acronym for 'de Plateelbakkerij Zuid-Holland that produced work from 1898 until 1964.

If you're interested you can read more about the exhibition in Dutch here : http://www.vormenuitvuur.nl/start/nieuwsflit/lees-meer14/

As an example here is a 2810 CACHEPOT bearing the late mark of PZH production with a decoration called "AMSTEL". I love the rough stucco surface .... a real touchy freely. The decor itself is harking back to the abstract designs of Breetvelt, I think, but with a modern twist.

I'd appreciate any help with this one about the decorator and designer. 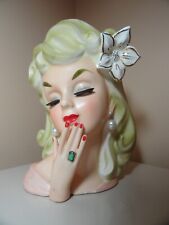 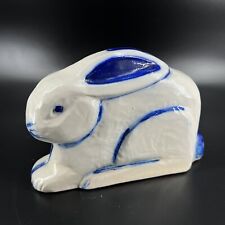 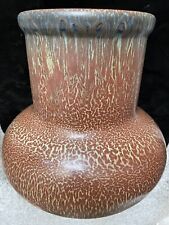