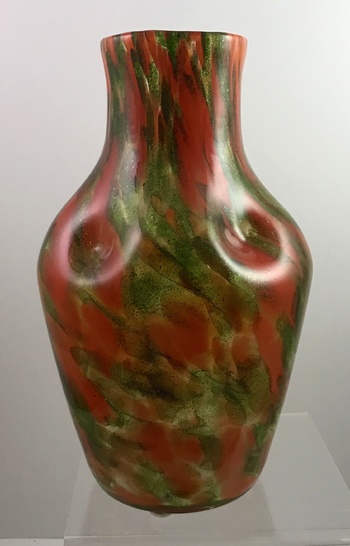 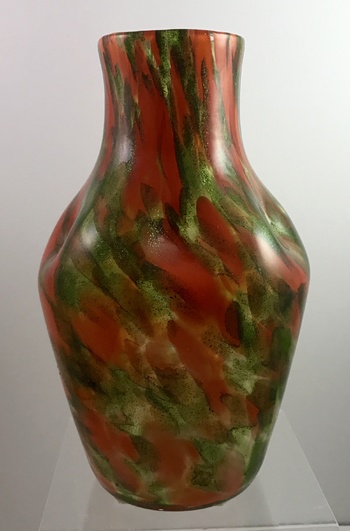 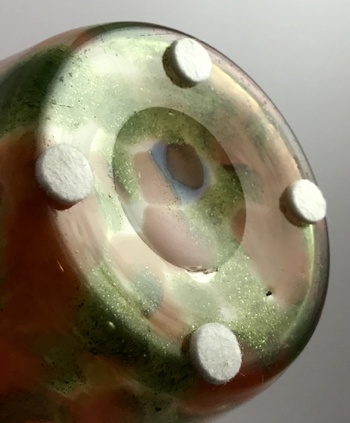 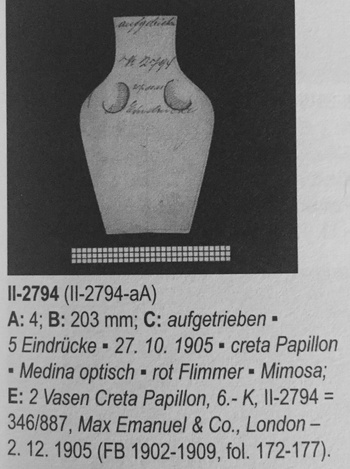 The first time I saw this decor in person was at the Baltimore Summer Antiques Show back in September. I've seen a few others in photographs, and I have always just referred to it in conversation as "Orange Medina", a version of the Medina decor with what I thought were orange spots instead of blue. I didn't buy the vase in September, but I approached the dealer recently to see if he still had it, and the happy result is that it now resides with me!

The first thing I came to realize is that the spots aren't really "orange". They are actually a vivid red-orange, or as Loetz refers to it - "rot" (red). "Flimmer" in German translates to "flicker", which is the effect accomplished by mixing in the chromaventurine with the red splashes.

Between PN II-2782 and II-2794 in 1905, there are about a dozen shapes where both Medina Optisch and rot Flimmer decors are indicated. Why they didn't just call it "Red Medina", I don't know, but at least we now know what these examples were actually called in the Loetz archived documents. As the paper pattern shows, this example is right at 8 inches tall, with five indents around the shoulder of the vase.