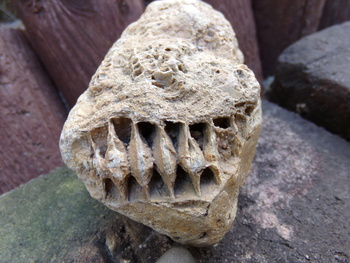 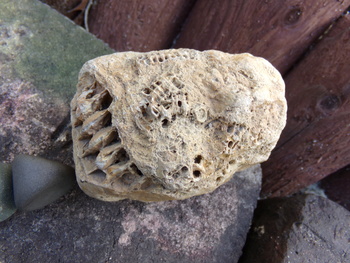 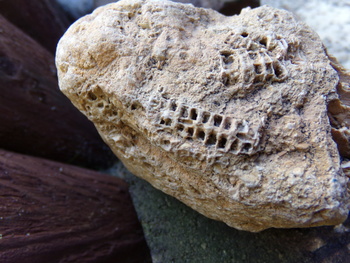 I was kicking rocks along an old railroad (one side has obviously not been used in years as it's mainly under sand, the center is obviously never used as it's a bunch of rust, and the one nearest the factory is still used as it's silvery with white streaks) one day as my mom was visiting friends, and I found this among the rocks.

I used to imagine that it was the spine to some small dinosaur-lizard, but as a budding paleontologist I could tell you it was obviously from the sea-- mudstone, perhaps (for 14 years, I wanted to be a paleontologist, so I know a bit about fossils.)
Even though I was only like 7, I was pretty sure the stones came from a non-local quarry as this type of rock is not native to my area of Michigan, although we were once a sea.
All I knew was, "It's a fish." And that's how it remained for years till one day a woman who is a part-time paleontologist (teacher) got to see it and pointed out that there's actually the very poor remains of a trilobite in it as well.

Still, I know pretty much nothing on it and have forgotten when she estimated it all to be from (been a few years.)

Anyone able to identify anything else in it? I'm mostly familiar with shells and corals, as that's what Michigan has.

Currently it resides as decoration in my lizard's cage. 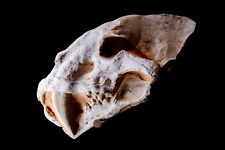 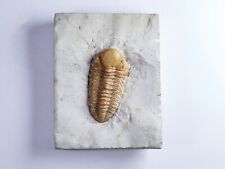 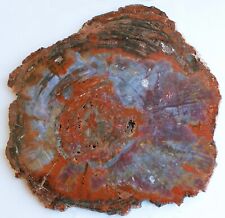 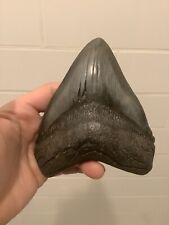