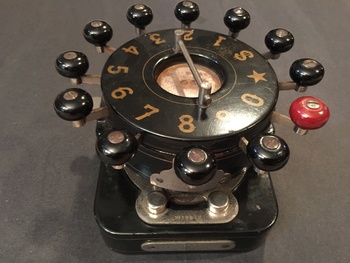 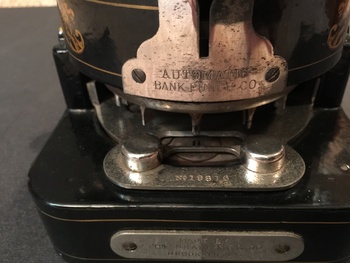 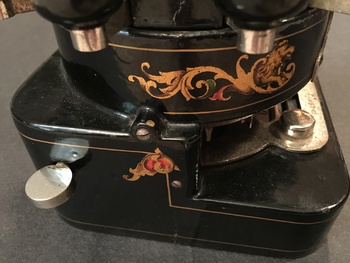 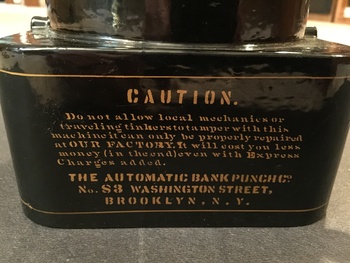 This punch is fully functional and has all of it's original pin-striping, lettering and embossing.

The wooden hinged cover for the punch is also in pristine condition.