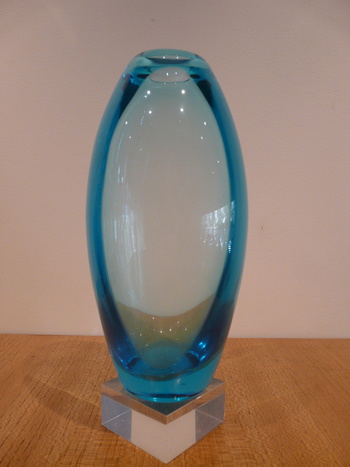 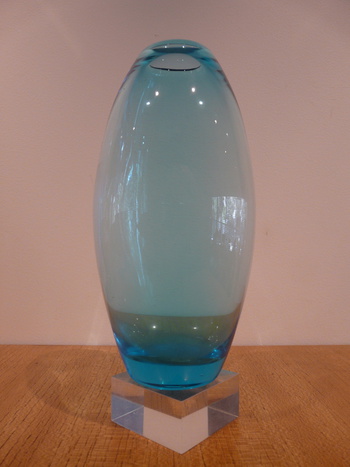 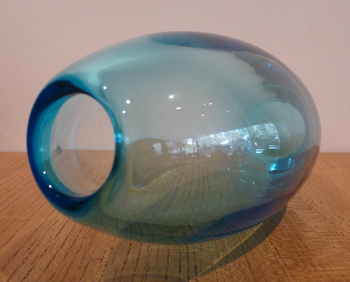 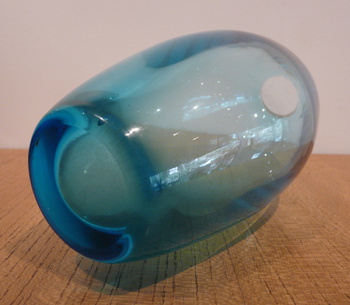 The colour is what attracted my eye to this vase initially and there were the remnants of a sticker to alert me to its origins. My first thought was that it was by Copier but after looking at the site of the Nationaal Glasmuseum (Dutch National Glass Museum) I discovered its true identity.

The museum has a set of photos on this vase there that includes its design by Floris Meydam. In the Leerdam catalogue it is described as: "Vaas, turkoise dikke druppelvorm, kleine mondopening". Its catalogue number is 2685 or 2686. It dates to 1954 and is in a really attractive colour that the Dutch call 'turkoise'. It has an optic effect that draws your eye to the vase due to a partial thicker internal oval wall.

It reminds me of the later 'torpedo vases' of Holmegaard etc..
No mark, they just used a sticker for these 'Sericas'.
Typically beautiful base and ground pontil.
Height: 21 cm or 8.3 inches
Width: 10 cm or 3.93 inches

"For 35 years (1949-1984) Meydam was head of design department at Leerdam. In this capacity he gave the post-war collection of the glass factory a recognizable face. He is responsible for a large number of designs for both utility glass (glass dinnerware, bowls, vases, etc.) and glass packaging. In addition, he designed numerous pieces of occasional glass: Leerdam Unica, Leerdam Serica and glass panels. He also designs for the ceramics industry, including the famous Black Princess for Regina.
Meydam continually searched for new forms and he designed many innovative items. Typical of his work is the simplicity of the design.
As an industrial designer and independent artist, he received many national and international awards and prizes. In 1952 he was the first Dutch designer at the Museum of Modern Art (New York) and won the "Good Design Award". After retirement in 1984 he continued on as an independent glass artist." 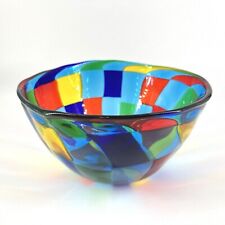 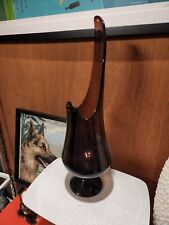 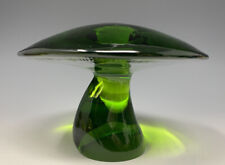