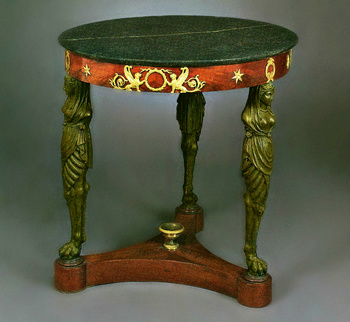 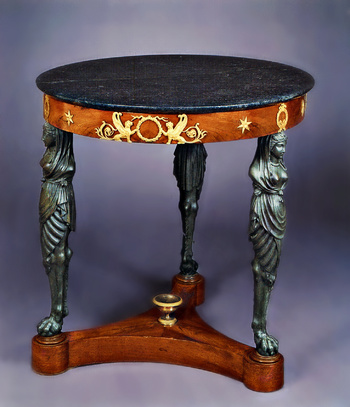 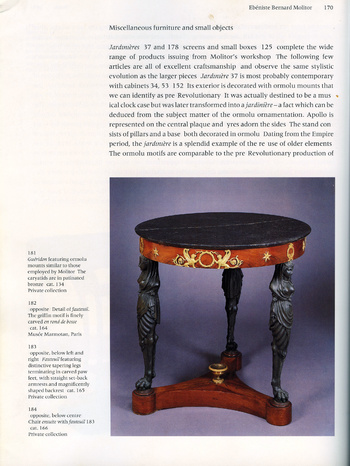 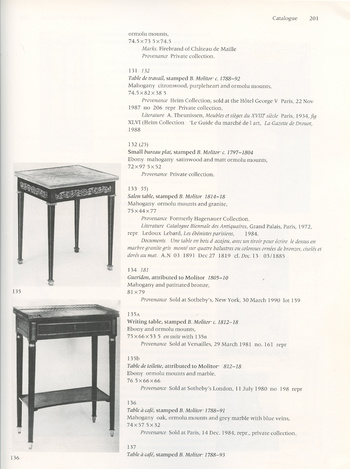 The 3 patinated bronze caryatids portray Vesta of Ancient Rome mythology. Vesta protected the ancient hearth fire which was not allowed to go out.

I first seen the table in an old Sothebys catalogue and the sale was March 31, 1990. My heart sank when I seen it and I cut out the page it was on and put it on page one of a new Empire Furniture folder I had started. For 10 years I looked at this picture, wanting it so bad. It sold for a good price and I looked at the catalogue (bought 2 of them) very often, longing for it, the furniture in my folder were all pieces I had wanted and wished for. I never dreamed that one day I would own this one of a kind table. This shows that even if it is an important piece if you are determined, your chances are high !~

I had the table soon and the magnificent bronze caryatid legs were splendid with the original patination intact. In the sun they appear to be almost a medium brownish green in appearance but darker in normal light or shade. The gilded ormolu griffins holding a wreath bronze appliques mounted on the mahogany appear to have been only used in french furniture by Bernard Molitor. 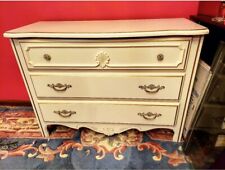