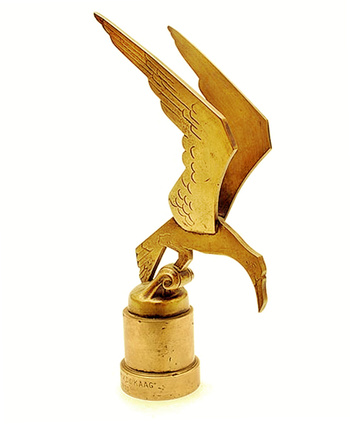 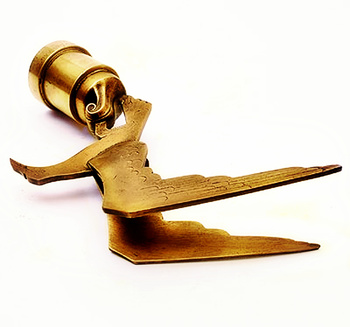 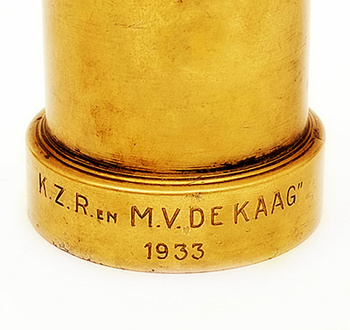 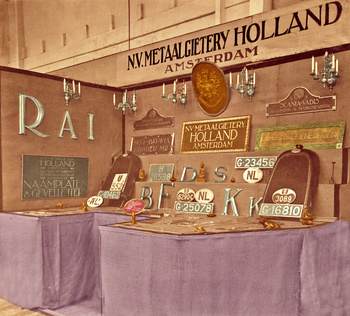 A very beautiful mascot mounted on a heavy substantial base made at the Foundry in Amsterdam. It is listed as #629 on page 76 of the Catalog book, " MASCOTTES AUTOMOBILES : MASCOTTE FANTAISIES DE 1910 a 1953, " Michel Legrand

I also have a photo of the Foundry which had it put together which I posted instead of the MetaalGietery, Amsterdam inscription on the trophy bottom.
I really loved all the history I have traced and put together for this piece. The 4th photo is The RAI Motor Show:
Title: RAI Motor Show: the state of the NV Metal Foundry Holland with number plates. Amsterdam, 1924.
Photographer: Photographer unknown
This looks to be very early, the RAI show was set up in 1893 and still no word if 2011 was the last show. 2013 did not have enough dealers set up and with the car industry as it is who knows...