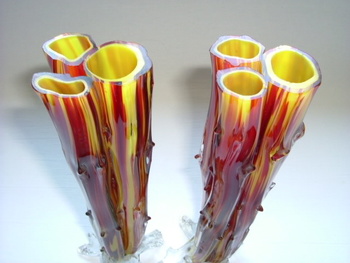 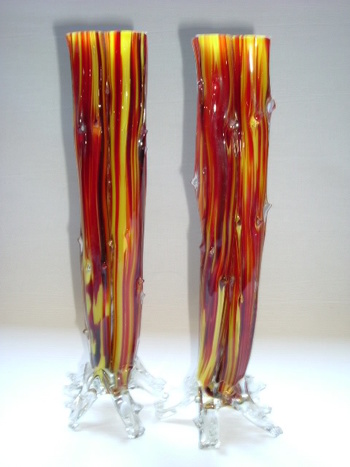 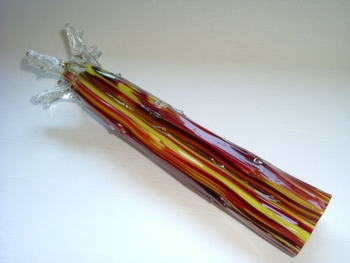 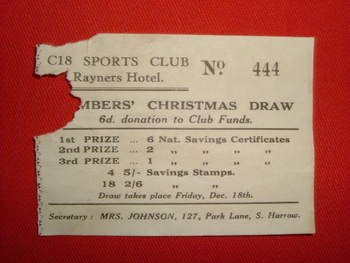 These Welz Triple Thorn vases are in an oxblood and yellow décor with a yellow inner casing and a clear outer casing. The thorns are clear, as are the applied feet. They are the tallest of my Welz pieces.

On pulling the bottle brush out of one 'tube' I found it had a roll of paper around it. The roll turned out to be three raffle tickets. They predate Decimal Currency which began in 1971.....the prices are in shillings and pence. The prizes include National Savings Stamps which began in 1916, originally to fund WWI, but continued until 1976.

Thus these little pieces of history must have been put in the vase before February 15th 1971. They'd been there for at least 45 years.....by far the most interesting items I've ever found in vases!