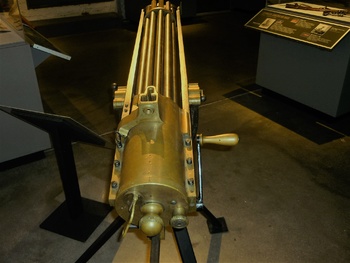 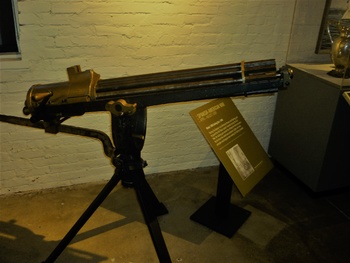 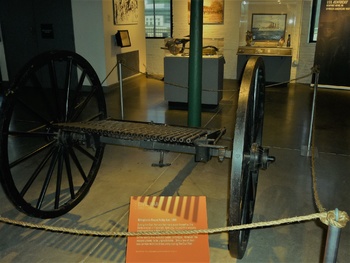 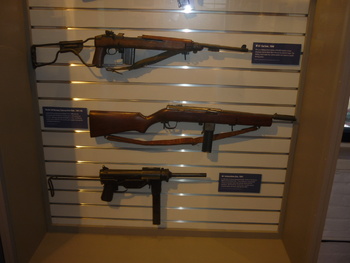 Rode my trusty Honda 250cc over to Frankfort, KY today to see museums. They have 3 & a CW fort. The middle star on the Confederate "battle flag" is for KY. First is the familiar Gatling Gun, then a volley gun that fired all the barrels at once & was used for things like defending bridges. I've had all three of the last guns in firing order. Top is a paratrooper model of the M1 carbine. middle is a Reising .45 smg I they were junk. I had the paratrooper model with the short barrel that left the inside of your bicep ober the muzzle when you cocked it with the thumb actuator in the forearm. Not good ! Made by H&R. Then the M3 "grease gun", which is fun to walk cans down the road because of it's slow rate of fire.
Have more to come including the Confederate Williams rapid fire 1 pdr. cannon.