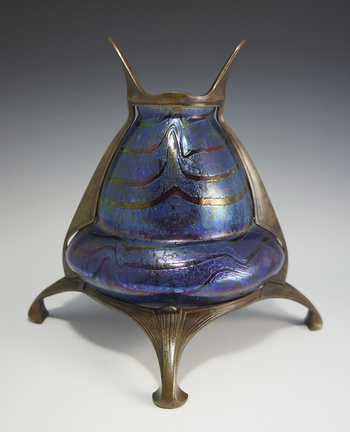 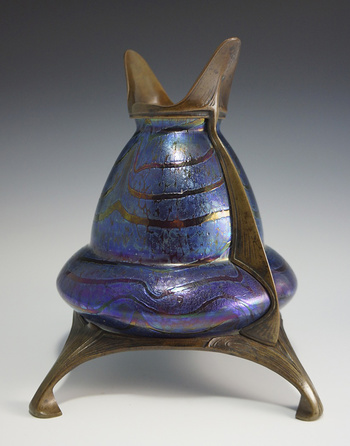 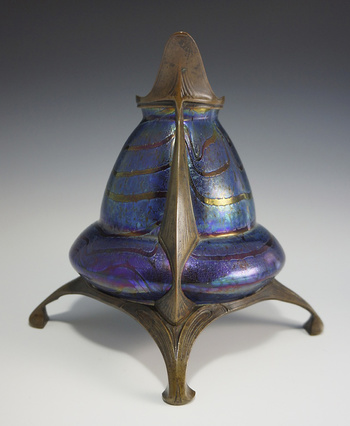 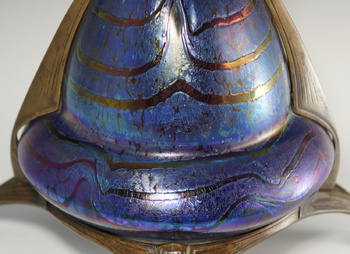 I'm nicknaming this piece, "Take me to your leader," for obvious reasons. Quite the unusual mounted vase, this piece is an interesting intersection, I suspect, between French Art Nouveau design and Bohemian glass house production during the very early 20th century. It is clear that the mount was specifically designed for this Heckert shape and one of the legs is signed, "Colas."

I have not had much luck nailing this clue down to a particular maker, but there are a few mid- and late-19th century French artists with the last name Colas listed, hence my thought about the French design possibility. Any help with the designer/artist "Colas" would be most appreciated.

The glass, however, is more easily identified. This is a fine example of Heckert silberband; a decor, which until recently was almost universally thought to be by Kralik. I know of two examples of this unusual "Take me to your leader" vase, one of which is above with the dark purple and blue iridescent silberband, while the other was rendered in a lighter single hue blue. Dimensions: 8.25" (H) x 9"(W).