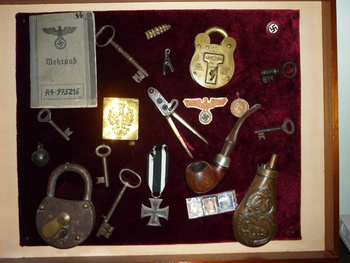 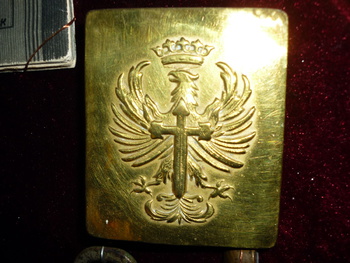 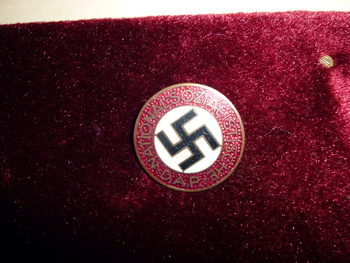 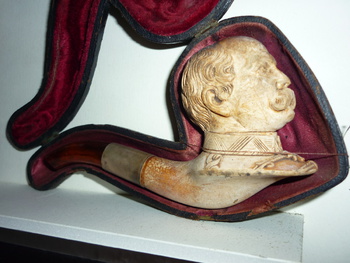 OK, "AR", here we go & hope we don't get things started like with the "kid".
This is stuff I have collected since a kid. What do you do with things in a box that you don't want to throw away? I do woodwork so made a shadow-box. There are some real memories here! A bullet that was found in my boot after going thru my leg, rattler's shaker I killed, a trade sleigh bell from an Indian village site, Blk. coral carving I made when I lived in Jamaica, a belt buckle from the Spanish civil war(have orig. belt also), locks from an old "great-house" I owned in St. Eustatius(Neth. Ant's) where Admiral Rodney lived in 1789. There are some Adolph faced stamps, a WWI Iron Cross (2nd Class) & other crap. I include an original NSDAP party pin which I don't want to hear an issue about as it is a collectable & part of history. You cannot destroy history by destroying the symbols so please refrain from getting into a "crap-shoot". A powder flask & bullet mould that I probably have used since I shoot black powder guns.
I live on the dutch- side, where laws only allow criminals ignoring the laws to have guns. I shoot on the french-side where they are a republic & allow people to protect themselves and shoot at gun clubs or other places. Lot of difference between the gun crime rate between the 2 sides of the island. Pipe is from another shadow- box.