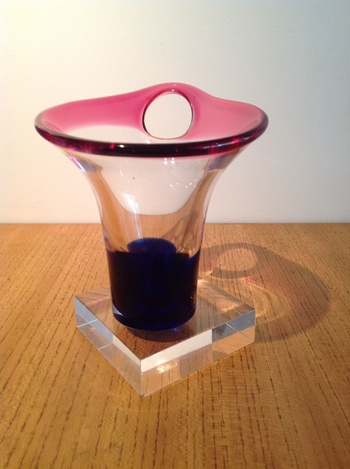 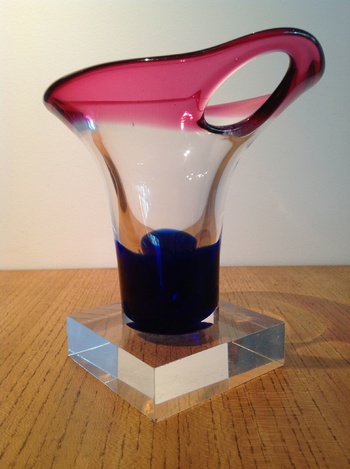 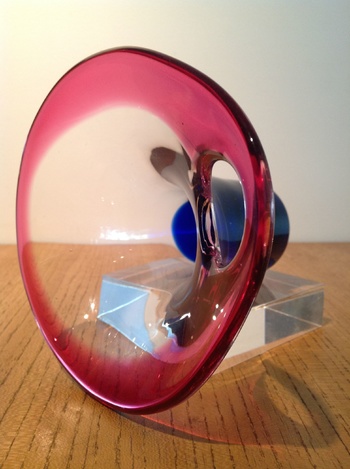 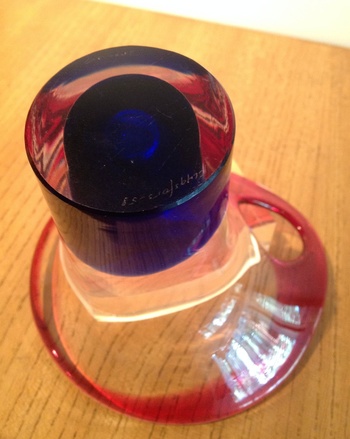 A smaller vase from the Swedish glass company Flygsfors. This vase was designed by Wiktor Berndt, who worked at Flygsfors from 1955-74 and became their chief designer in 1956.

An abstract design showing two floating masses of deep blue and ruby around a punctured off-set hole to one side.

Signed on base Berndt and Flygsfors 58.