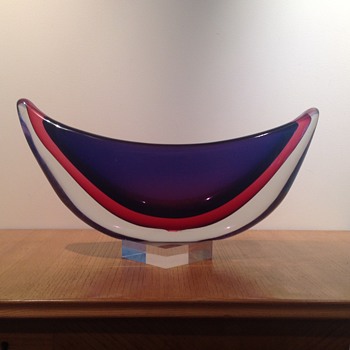 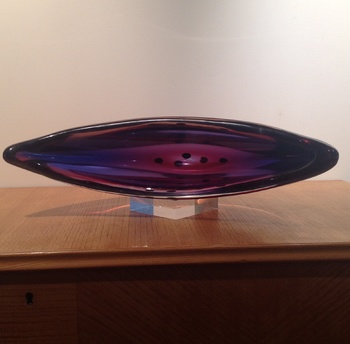 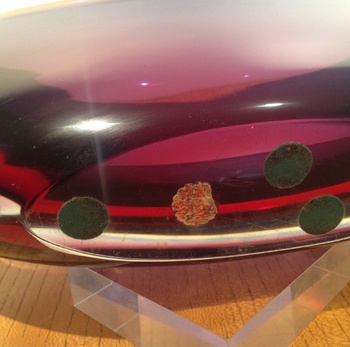 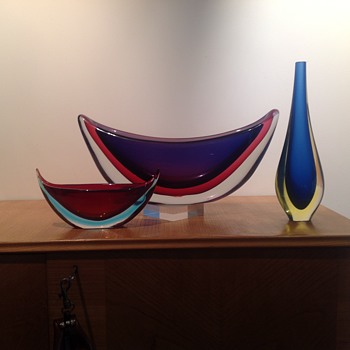 Seguso is an oft seen, oft used name in Italian glass .... no wonder when you realise that the family can trace its name back to 1397 based on archival material held in Venice. In the twentieth century this tradition continued with the work of Antonio Seguso who was born in 1888. It was Antonio who with Napoleone Barovier and Luigi Ferro, founded Artistica Vetreria e Soffieria Barovier, Seguso and Ferro in 1933.

This company eventually became Seguso Vetri d’Arte, employing all five sons of Antonio Seguso in various roles. One of them was called Archimede (1909-1999) nicknamed - Moro Patar.

Archimede had trained alongside his father, Antonio and worked for various workshops, including the family-run enterprise Seguso Vetri d'Arte (1937-73 and 1976-92) which he left in 1942.

In 1946 Archimede branched out and created his own company: the Vetreria Artistica Archimede Seguso at 18 Serenella, Murano, Venice, Italy. Following Archimede's death the factory has been run by his son Gino (b. 1943) and grandson Antonio.

A few years ago I bought this large gondola at the Wenty Collectors Fair here in Sydney. In those days it had two labels: one on one side was a Murano glass label and on the base was a sticker of the Vetreria Artistica Archimede Seguso. You can see the remnants of that sticker in the photos.

The technique is a 'double sommerso' ( Italian "Sommerso" - submerged). This process creates a layered appearance where one coloured layer of glass is covered by another layer of differently coloured glass by repeatedly dipping a gather molten glass of another colour. This technique was invented in Murano in 1930's. 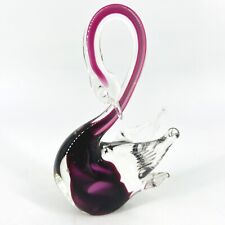 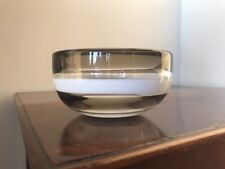 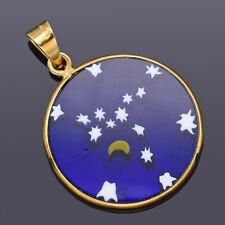 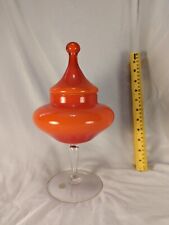